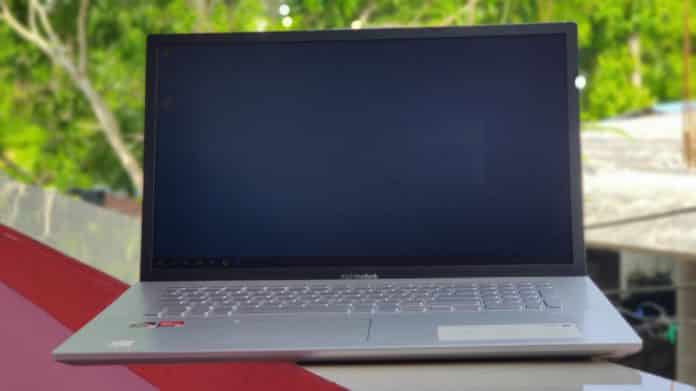 The VivoBook line from Asus is known for being stylish and powerful, while still offering a well-rounded set of features that you’d expect from a daily-use laptop. Our hands-on time with the Ryzen 5 5500U-powered VivoBook 15 was well worth it since it has been doing that for a while. Despite having a more powerful CPU and other functions, does the new VivoBook S14 still represent excellent value for money? Let’s find out in this review.

DISCLAIMER: ASUS HAS SENT US THE PRODUCT FOR REVIEW. HOWEVER, THE COMPANY DID NOT INFLUENCE OR TAMPER WITH THE REVIEW WHATSOEVER, IN ANY MANNER.

With a plastic unibody construction and a hefty chassis, the VivoBook 17 sacrifices some portability. The VivoBook’s construction is quite solid, with almost no flex anywhere on the device. Except for the keyboard and the display bezels, the whole body is pearlescent white with a simple texture. With the ErgoLift hinge, the bottom of the device can be raised at an angle to make typing simpler and improve heat flow.

However, due to the rigidity of the ErgoLift hinge, the lid cannot be opened by one person alone. At the base of the page, there are two speakers. Ports include two USB 2.0 ports, a USB C port, a USB 3.1 port, an HDMI 1.4 port, and a microSD card slot for storage expansion.

ALSO READ: ASUS VivoBook S431F Review: A Machine That You Can Count On!

The VivoBook 17 has a 17.3-inch display, which the company claims would provide an immersive visual experience. Although the LED panel, with a resolution of FHD (1,920 x 1,080) and a refresh rate of 60Hz, is large, it suffers from poor brightness and colour accuracy. About 42% of the screen is covered by DCIP3, while the illuminance is measured at 234nits. 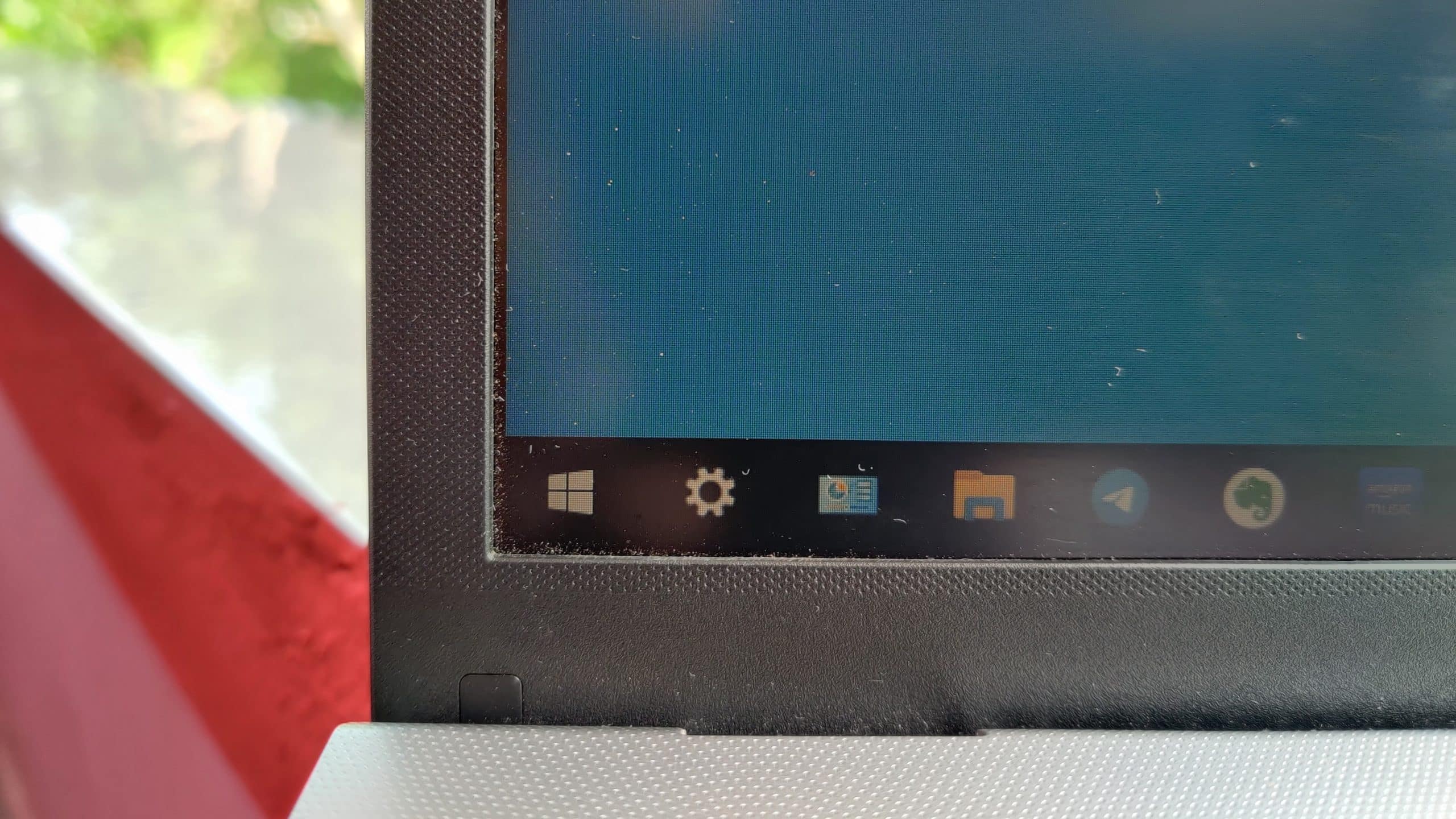 Both of these flaws, however, may be overlooked because of the machine’s low price. When using the laptop to watch YouTube videos or OTT content, I had a good experience till I put it outside in direct sunlight. The matte surface of the panel helps to reduce reflections, and the LED screen’s off-axis colour shift is bearable.

As you’d expect from a 17-inch laptop, the keyboard has a separate Numpad and is full-sized. Traditional six-row key layout with plenty of space between each key. The key travel is enough, however, pressing the keys firmly is necessary to register a press. Using the keyboard became second nature to me after just a few hours, and composing big pages in Word became a breeze. 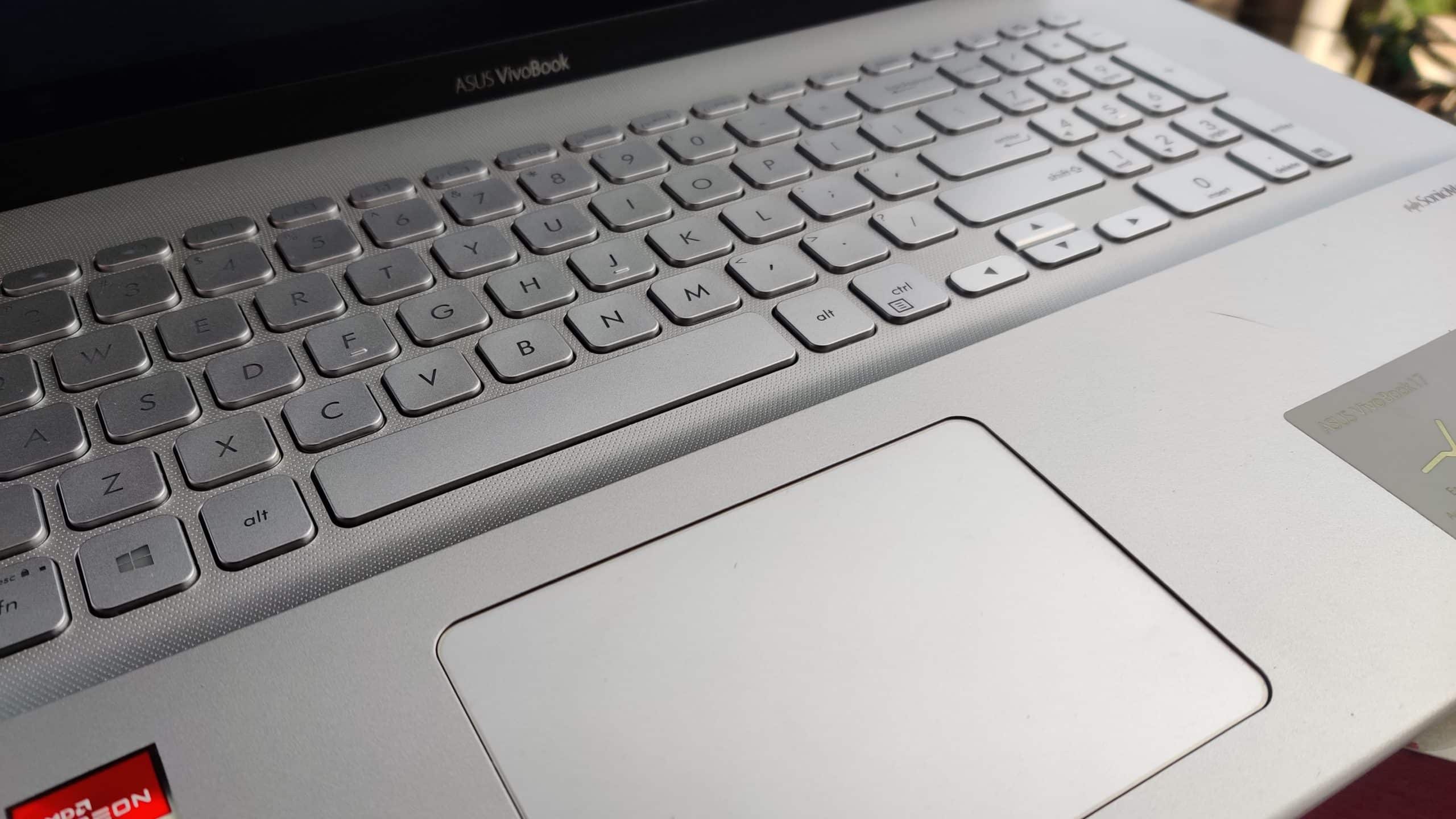 Having such a big palm rest makes typing on the keyboard much more comfortable, especially when doing so for extended periods. The keyboard’s illumination is adequate even in dimly lit areas.

The trackpad is tiny in contrast to the keyboard’s size, but I had no problems using it. While the trackpad’s surface allows for finger gliding, its reaction and latency are both adequate. If you’re going to be doing a lot of work with the computer, I’d suggest getting an external mouse.

For general use, the VivoBook S14 is a solid performer, and it also doubles as a capable workstation. However, the RAM is limited to 8GB, which may not be adequate for certain users, particularly those whose duties require intensive use of graphics. Even if Ryzen 7 is faster, its capabilities would be limited by the 8GB RAM options available in India, therefore it makes more sense to go with the Ryzen 5 model. 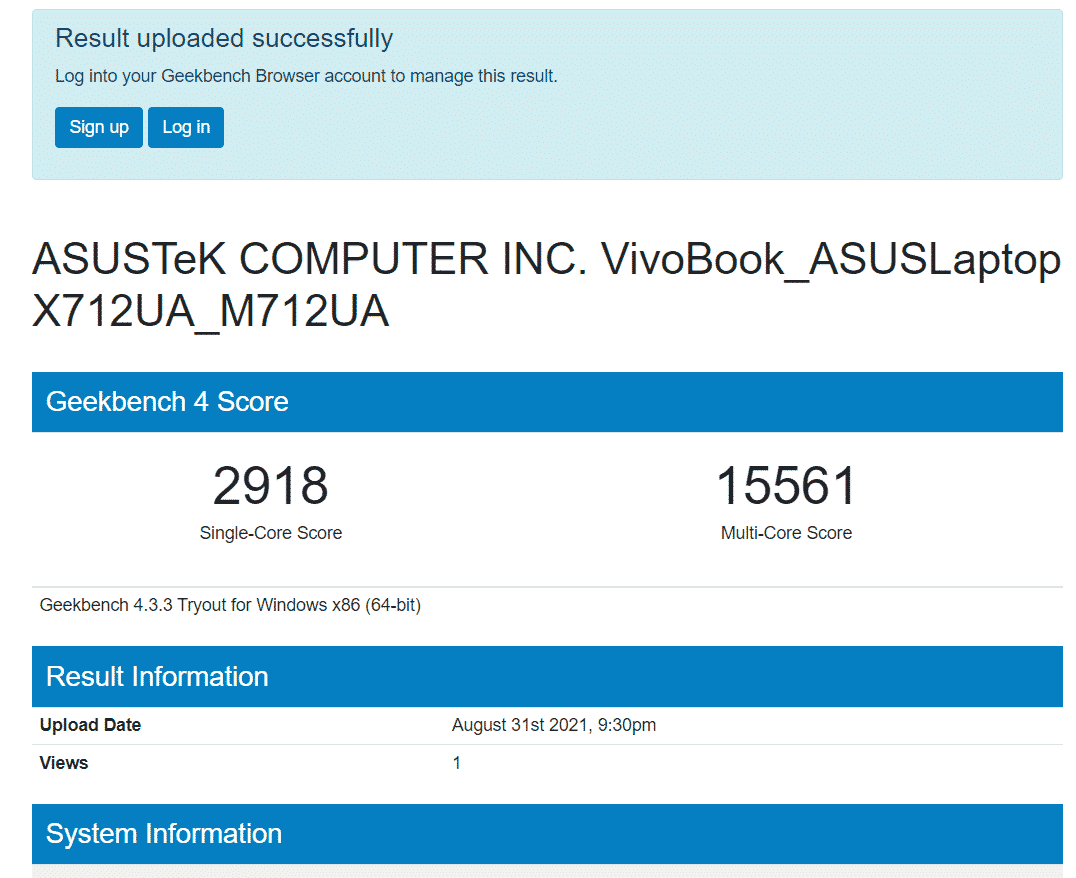 Instead, buyers will get a laptop with a 1TB solid-state drive and a second slot that can hold up to an extra 1TB of SSD storage, which is wonderful if you ever need more capacity. The absence of additional RAM on the VivoBook series is made even more apparent by the upgradeable SSD storage.

The 50Wh battery on the Asus VivoBook S14 is more than plenty for a day of school or an evening of movies and enjoy. We were able to get between 6 and 8 hours of use out of the laptop’s battery while doing a lot of online surfing, viewing movies, and listening to music on our headphones or the laptop speakers. 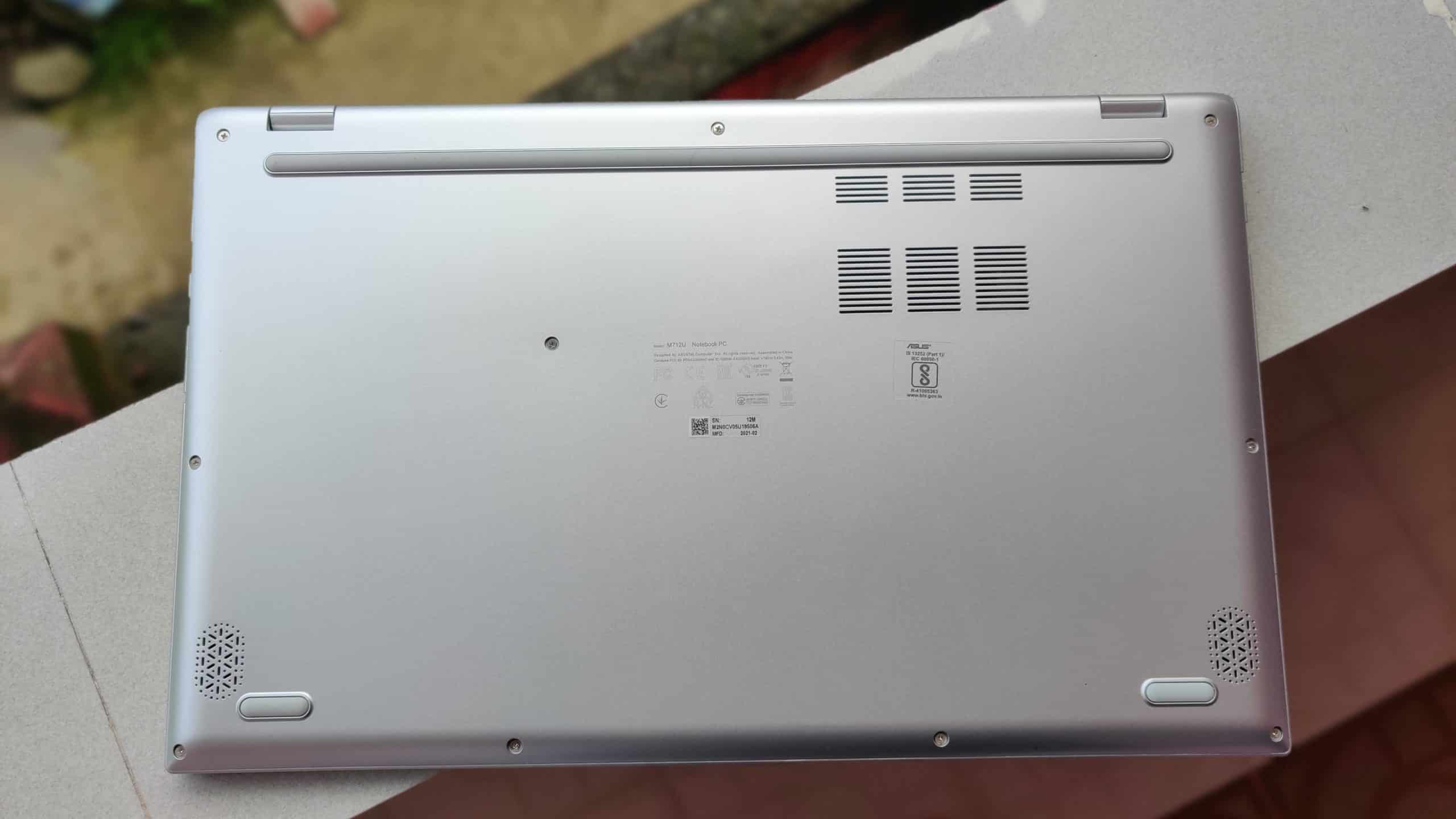 Long sessions of pretty much anything on this laptop are no problem due to the ample battery life. Thermals are decent on the VivoBook as well, and it only sometimes overheated while using several browsers and other apps at once.

The VivoBook S14 Ryzen 5 is a terrific laptop for the money, and it doesn’t let you down in any way. As previously said, this monitor’s display screen isn’t the finest, but it’s more than enough for most purposes. 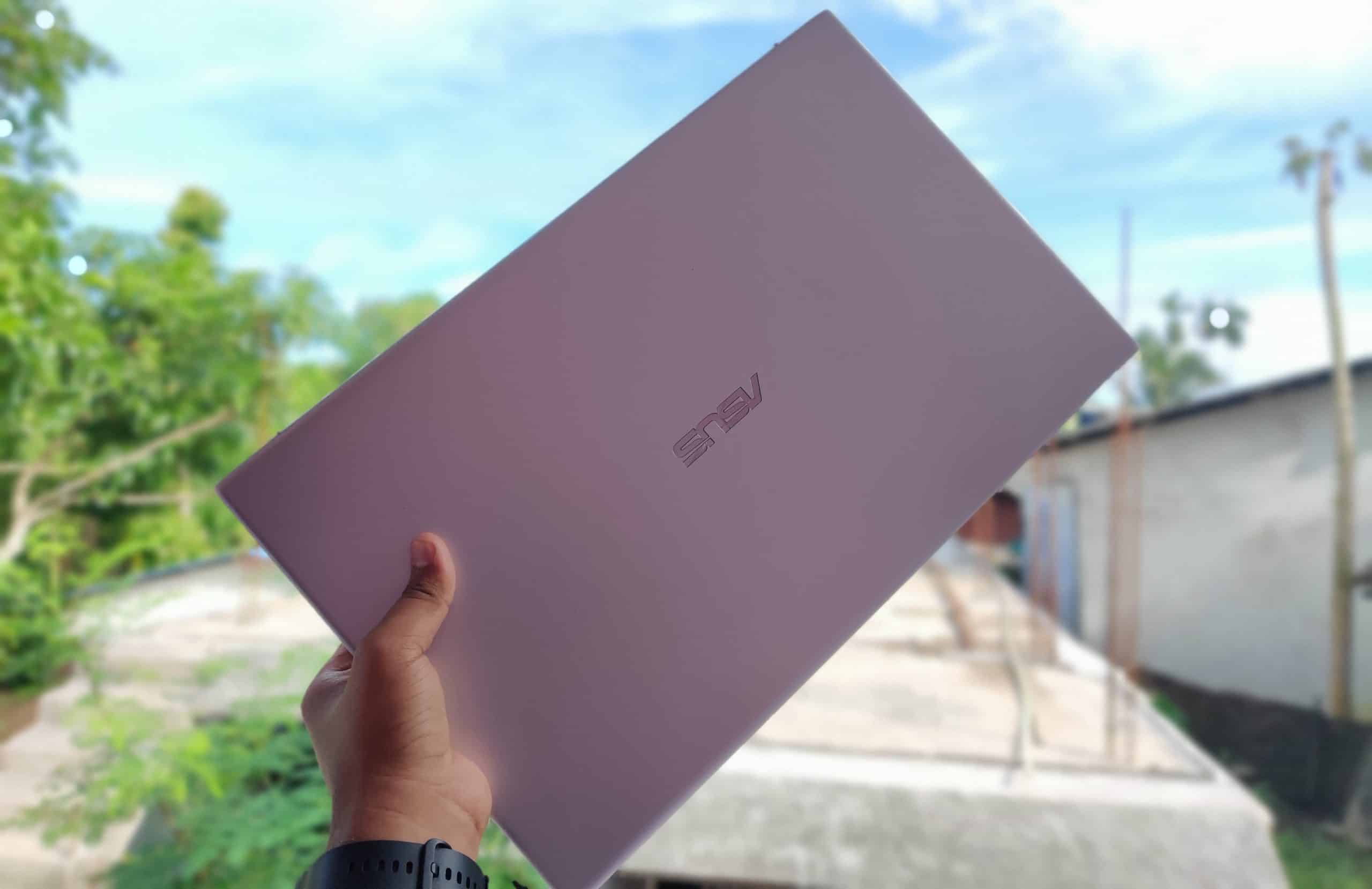 As a result, the VivoBook is an excellent laptop for business use, thanks to its powerful performance, comprehensive feature set, and lightweight design. As a result of its productivity, it’s an excellent choice for mobile workers and students looking for a machine with a little more power than an entry-level model.