Xiaomi has introduced its premium-end smartphones – the Mi 11 and Mi 11 Pro back in March. Now, there have been leaks and speculations about Xiaomi working on the Mi 11T series, which will be the successor of last year’s Mi 10T series.

If the rumors are believed to be true, Xiaomi is said to be working on Mi 11T series, which will be the latest and greatest from the company and will obviously land in the premium territory. As per the leaks, the Mi 11T is speculated to be powered by a MediaTek processor and the M11T Pro will use a Snapdragon SoC, an obvious distinction.

The new report that surfaced online, the M11T Pro will feature a 120Hz OLED display when compared to the 144Hz LCD screen on the predecessor. Not just that, the leak suggests that the smartphone will be powered by a Snapdragon 888 SoC, which will be backed by a 5000mAh battery with support for 120W fast charging.

The Mi 11T is not lacked behind, as per the speculations, the 11T is expected to feature a 120Hz AMOLED display with a MediaTek processor. On the camera front, the Mi 11T is said to featuring 64MP triple rear cameras.

We don’t have an official date from the company, as of yet. However, it is rumored to be announced on September 23, globally and in India, later this year. 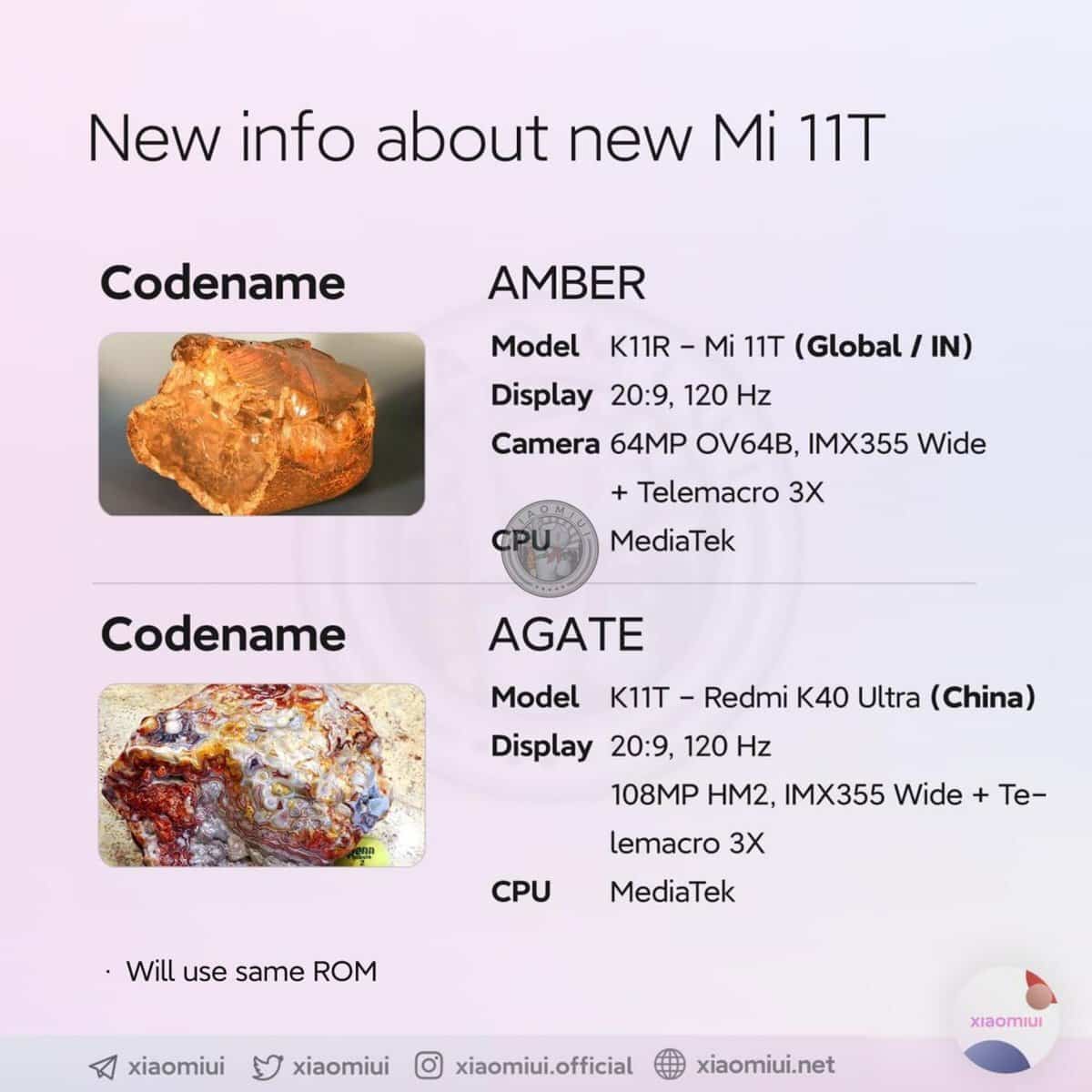 That said, according to some leaks, the Xiaomi Mi 11T is said to launch in China as Redmi K40 Ultra and will come with a 108MP Samsung HM2 sensor, 8MP 119° Ultra Wide Lens with Sony IMX355 sensor, and a 3X Telemacro camera.

As far as the rumors/leaks/speculations are concerned, TechDipper cannot individually confirm anything. So, take this piece of information with a grain of salt.