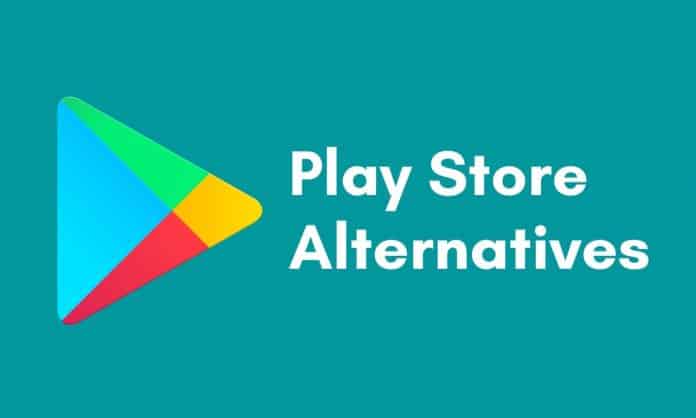 The power of Android’s Open-source nature is, it gives you the ability to make your device your own by highly customizing it. When we talk about customization in Android, there is tons of stuff to cover. In this article, we’ll be looking at some of the Google Play Store alternatives in the form of websites and apps from which you can download apps that are not usually available on the Play Store.

Warning: Downloading apps from unknown sources could inject malware in your devices. The apps and websites on this list are safe. Please make sure not to grant permissions to apps that don’t need specific permission.

F-Droid has a massive repository of free, open-source applications. You’re not going to find near as many apps as the other options on this list. The apps on F-Droid are all free to use. Not only that, but you can rest assured that the apps are malware-free. F-Droid also warns when unknown apps are downloaded, they may track your behavior or location. 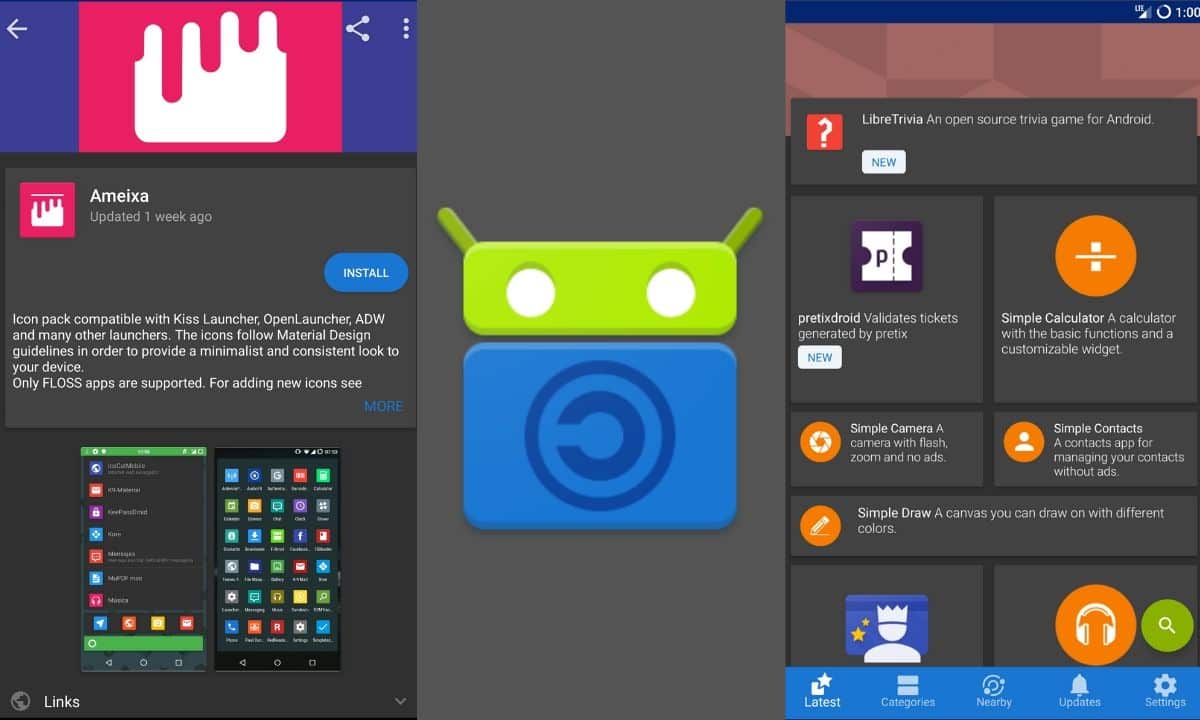 The previous versions were too simple that they were almost impossible to use. The latest version provides categories and recommendations to help you discover apps. The default repository the apps are taken from is F-Droid’s own. You can also sync with other repositories like “The Guardian Project” and even the archives of F-Droid and The Guardian Project.

Additionally, you can also make use of TOR (a browser, which we have covered in-depth about) to stay anonymous and enable the HTTP proxy for all network requests. Overall, this is one of the best Play Store alternatives that you can download right now.

The Amazon Appstore ships with Amazon Fire tablets and has grown a lot since a couple of years. Like any other app on the Play Store, the UI of Amazon Appstore is flat and fits perfectly. You can navigate categories by tapping icons at the bottom of the screen, just like the iOS and Google Play Store. 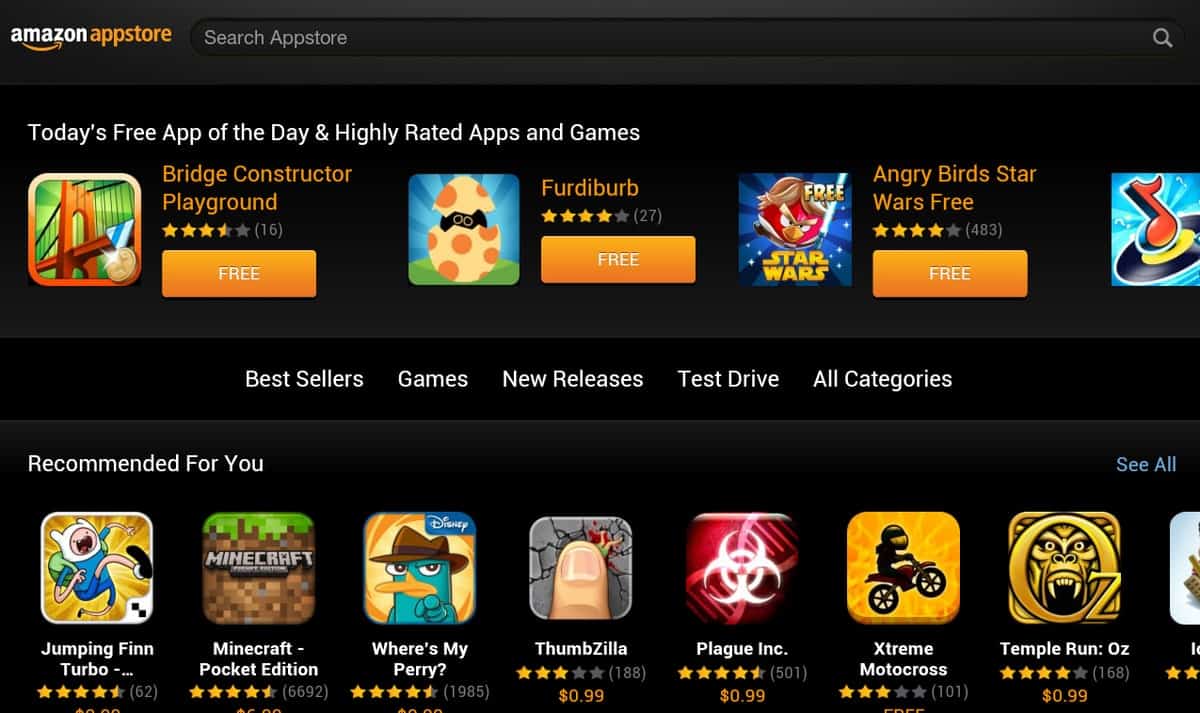 You can also discover new apps and view the apps that are already installed on your device. There’s also a new currency in the apps named Amazon coins, which you can collect to but gift cards. The app also has a social component called pulse, which shows you featured apps and what’s currently popular.

There’s also a section for free software and apps on sale. Amazon’s store is not as big as Play Store in size, but there is a large number of the most popular apps present, excluding Google’s vast collection of services, of course.

APKMirror is a safe website from which you can download the latest releases of applications. Developers from around the world update their apps, and the update first goes live on APKMirror. The layout of the website is minimal, with very fewer ads. There are loads of applications, and the database is much more massive than Google Play Store. 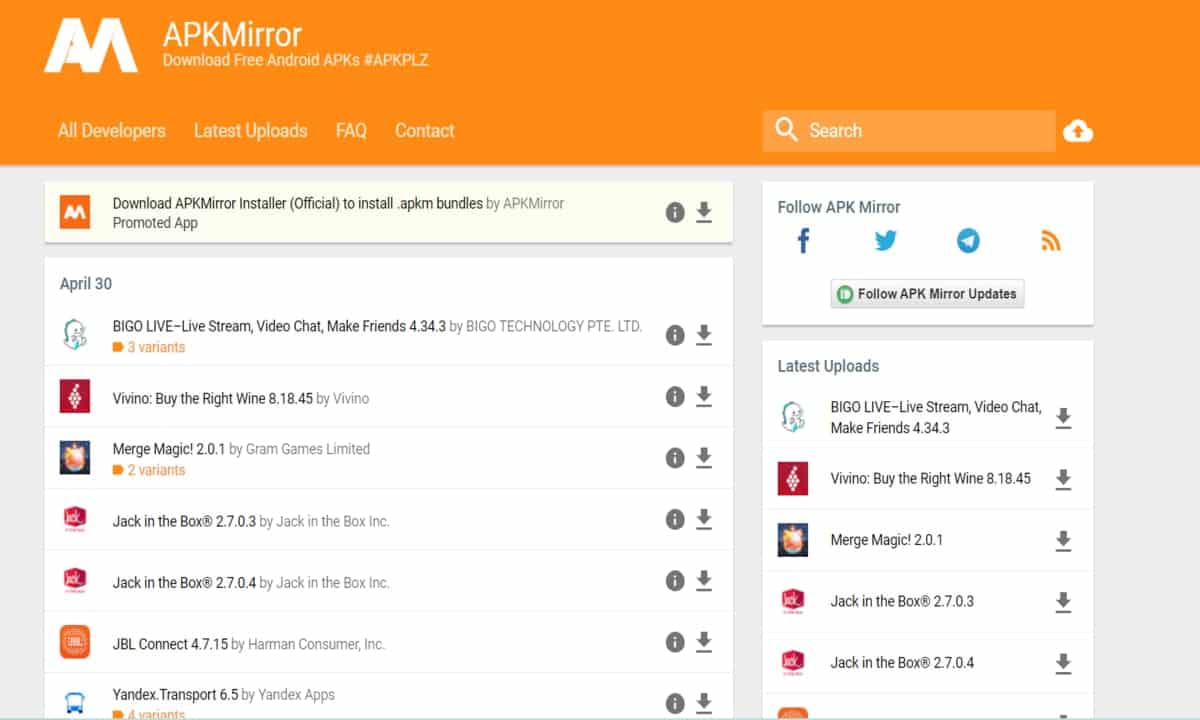 You can also find the older versions of the applications in case if an app update is full of bugs. This makes things easy to revert to older, bug-free versions, which is fantastic. Overall, it is an excellent and reliable source to download apps and is one of the best Play Store alternatives.

Humble Bundle initially started as a semi-regular set of bundles that would let you pay; however much you wanted for a pack of games. Eventually, it expanded and now is a complete app store. 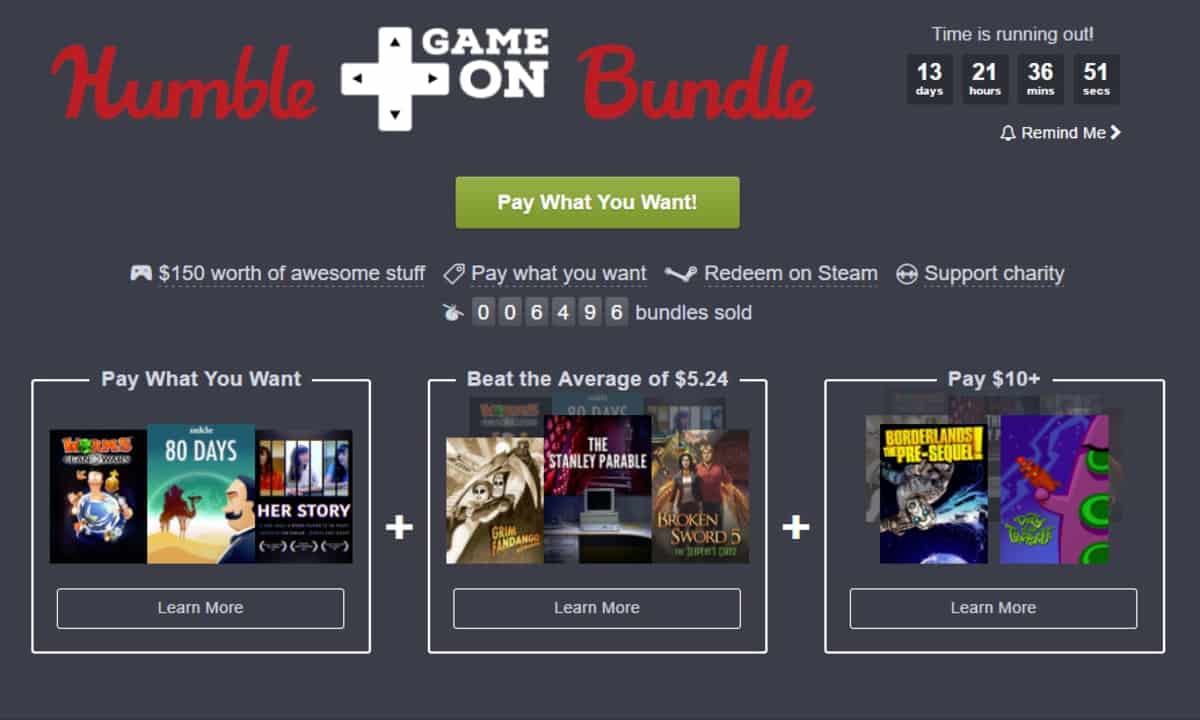 The Android Humble Bundle app isn’t a perfect store. Instead, it’s a hub for downloading apps you’ve purchased and installed the occasional update. The interface is ancient-looking, but it works.

The Humble Store doesn’t contain anywhere near the number of apps found in the Play Store or the Amazon Appstore, but every download is DRM-free. That means you own the software you purchase here, which you’re free to download and backup in any way you like.

Uptodown has over 2.5 million “malware-tested” apps available, and it seems to be a reliable Google Play Store alternative. There are only about 30,000 apps in Uptodown, which are available on Playstore. 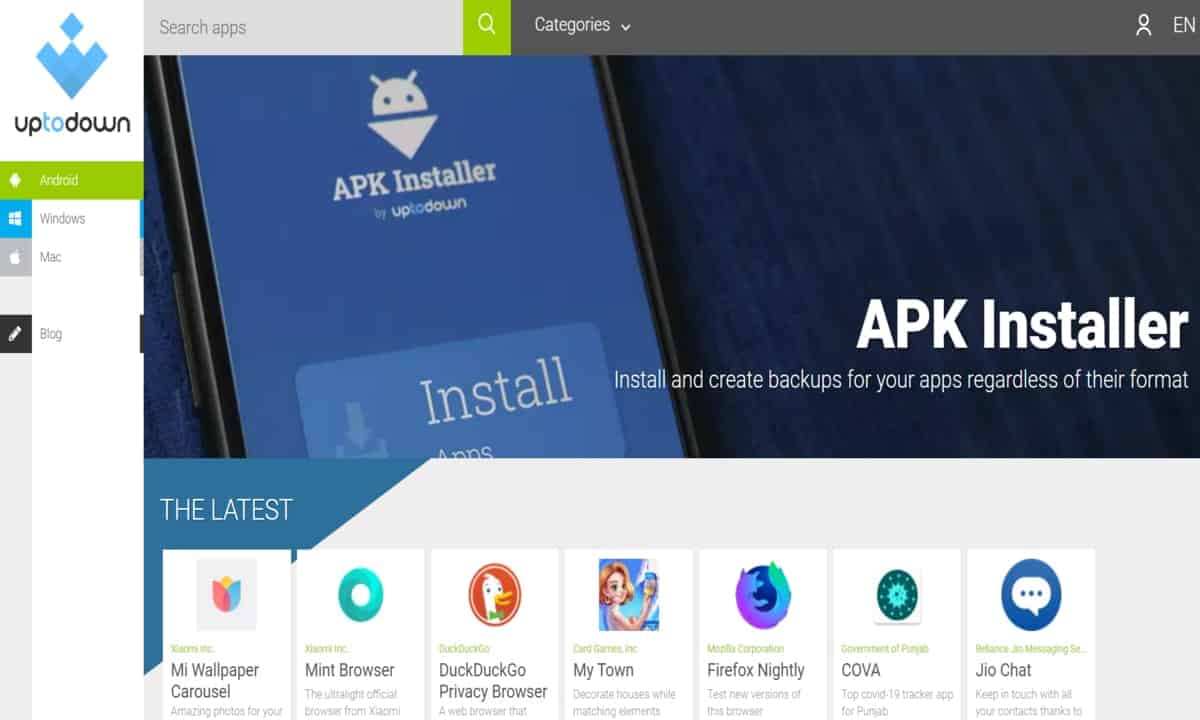 The software lets you download apps from the website as well as the mobile app, but it is advised to download the mobile app as it will allow you to install updates of apps if available. The app is similar to Aptoide, which recently faced a breach where more than 20 million users were exposed. Hence, we suggest you not to rely on Uptodown too much.

GetJar has a vast array of free apps to download. These can be filtered with the categories (and subcategories), which are mostly the same as in the Google Play Store, such as Productivity, Finance, Photos, etc. 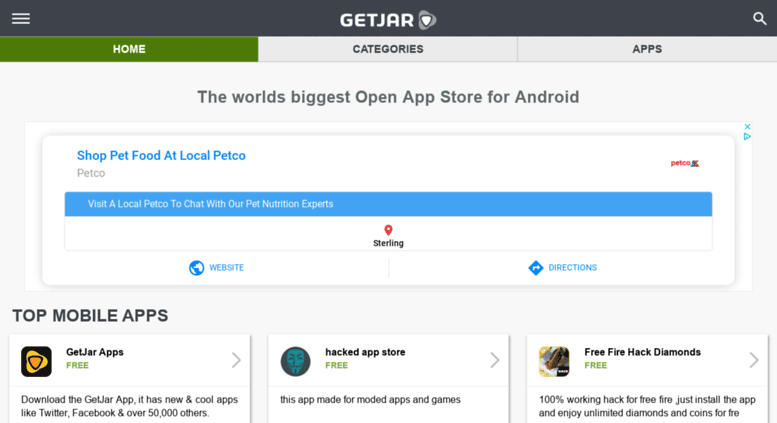 GetJar isn’t just for Android phones either, it has cross-platform support (iOS, BlackBerry, Windows Mobile, etc.), which is fantastic, and also employs user comments (likes and dislikes, and Facebook support). You can download the apps from the mobile app as well as GetJar’s official website.

SlideME is for developers whose apps aren’t welcome on Google Play, for many reasons (which we have covered it in why you can’t find and download certain apps On the Play Store article). SlideME’s app selection is larger than F-Droids’ but smaller than Amazon’s. 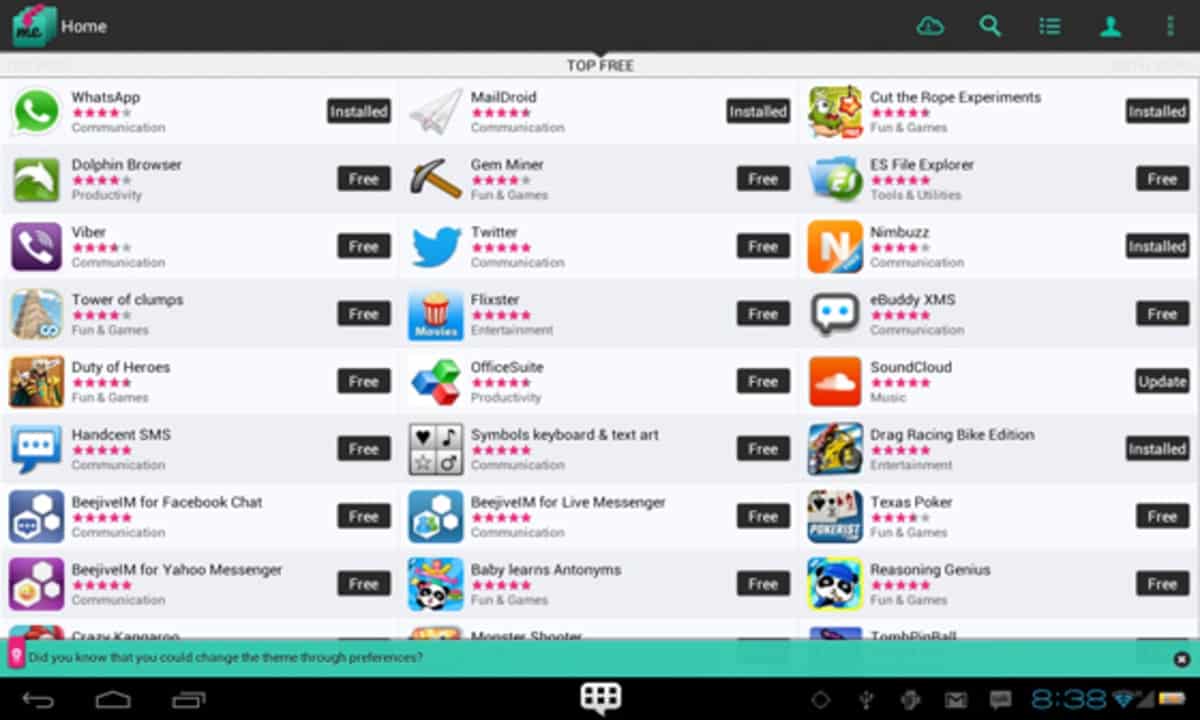 The store’s interface hasn’t seen an update for years, but it’s still functional and easy to use. There are lots of ways to discover new apps, which is great. Selecting an app gives you a download button, description, screenshots, reviews, and a few more options towards the bottom.

There is a small advertisement banner at the bottom, which could be annoying. Overall, it is worthy of declaring it as one of the best Google Play Store alternatives.

Alternatives To All The Banned Chinese Apps In India