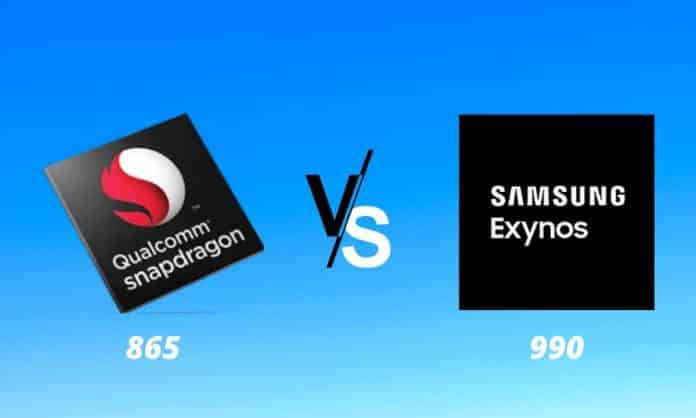 Flagship SoCs have evolved so much that they’re at the brink of saturation. The manufacturing process has gotten smaller, and the difference between each generation is barely visible.

There’ve been numerous reports claiming Exynos powered Samsung Galaxy S20 Ultra to be slower than the Snapdragon variant. In this article, let us compare both of them (Snapdragon 865 Vs Exynos 990) to see which one’s better.

The Snapdragon 865 is a 5G enabled octa-core chipset manufactured on a 7nm FinFet technology. There’s a high-performance custom Kryo 585 core based on Cortex-A77, which is a prime core clocked at 2.84 GHz. There are 3xCortex-A77 cores clocked at 2.44 GHz, and 4xCortex-A55 cores clocked at 1.8GHz. For imaging, it has Spectra ISP 480. 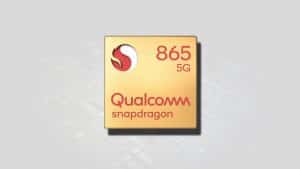 On the GPU front, the Snapdragon 865 is equipped with Qualcomm’s in-house Adreno 650. Qualcomm promises a similar 25% performance gain for graphics rendering, with energy efficiency improved by 35% as well. The Hexagon 698 DSP has a new Tensor accelerator for machine learning.

This new DSP offers 35% better energy efficiency than the previous Hexagon DSP, which introduced a dedicated Tensor accelerator to the Snapdragon 855. It also supports cameras up to 200MP.

There are a lot more things to write about Snapdragon 865. However, we’ll be focusing on the more important ones that make the processor stand out. 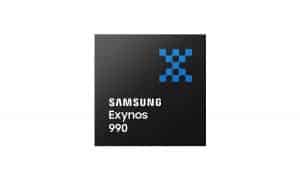 It has ARM Mali G-77 MP11 graphics, support for up to 108MP cameras, and a dual-core unnamed NPU. Overall, Samsung has bumped up pretty much everything in this processor compared to the older CPUs that were lagging.

Samsung has been into the Exynos business for a long time now, and while it was here, it wasn’t able to compete with the Snapdragon counterparts. Processors from Qualcomm have always crushed Samsung’s Exynos lineup, and nothing has changed since the last year.

Exynos SoCs have always had issues with the battery’s efficiency, and the problems persist. After the launch of the S20 lineup, users complained about worse battery performance even on the 60Hz refresh rate. Overall, the Snapdragon variants were doing much better than Exynos variants. 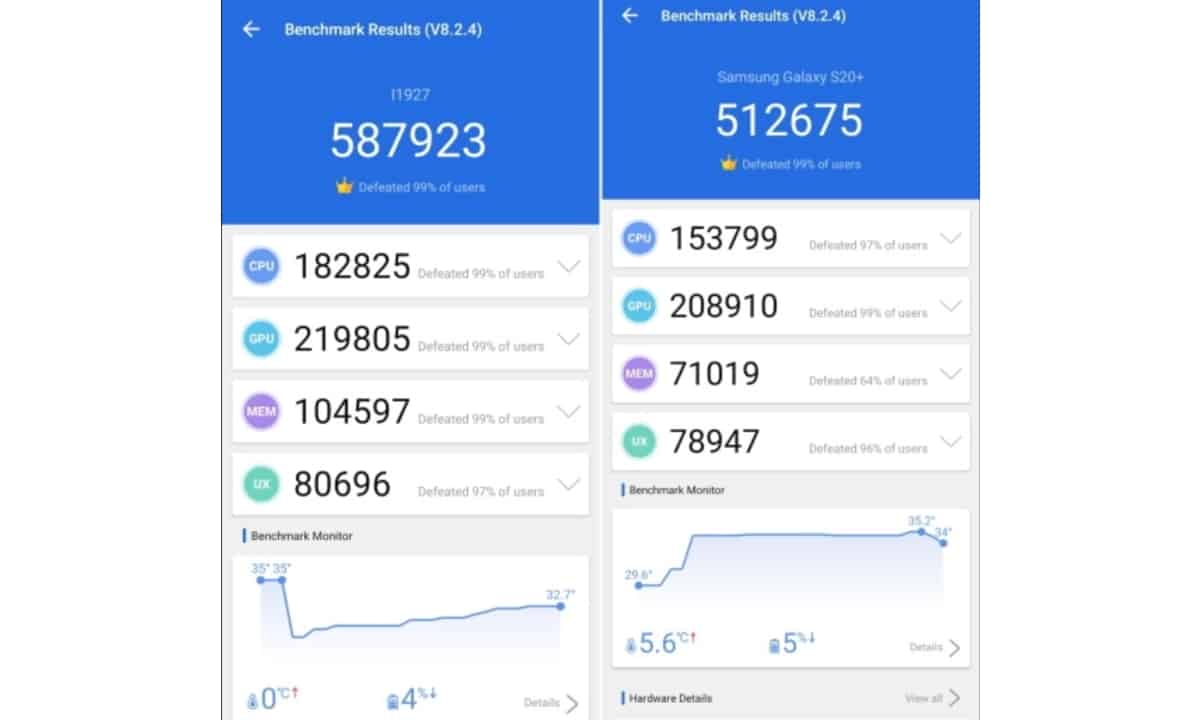 Of course, benchmarks can’t be trusted, but you know somethings not right when the difference is this huge. The Snapdragon 865 nails, whereas the Exynos 990, doesn’t come close enough.

ALSO READ: OnePlus 8 Series: Everything We Know So Far! [Updated]

Don’t get us wrong Exynos 990 is a great chipset, but what’s the point of being called ‘flagship-grade’ when you’re not even close to competing with what other competitors have to offer? That being said, Exynos 990 SoC doesn’t do enough justice to the S20 series, especially in India.

We hope Samsung will come out with a better chipset next time. However, if you’re someone who lives in the US, we don’t see any reason why you shouldn’t buy the S20/Plus/Ultra (if you have the budget). Qualcomm Snapdragon 865 SoC is a clear winner.