TechDipper
Home Rumors And Leaks OnePlus 8 Series: Everything We Know So Far! 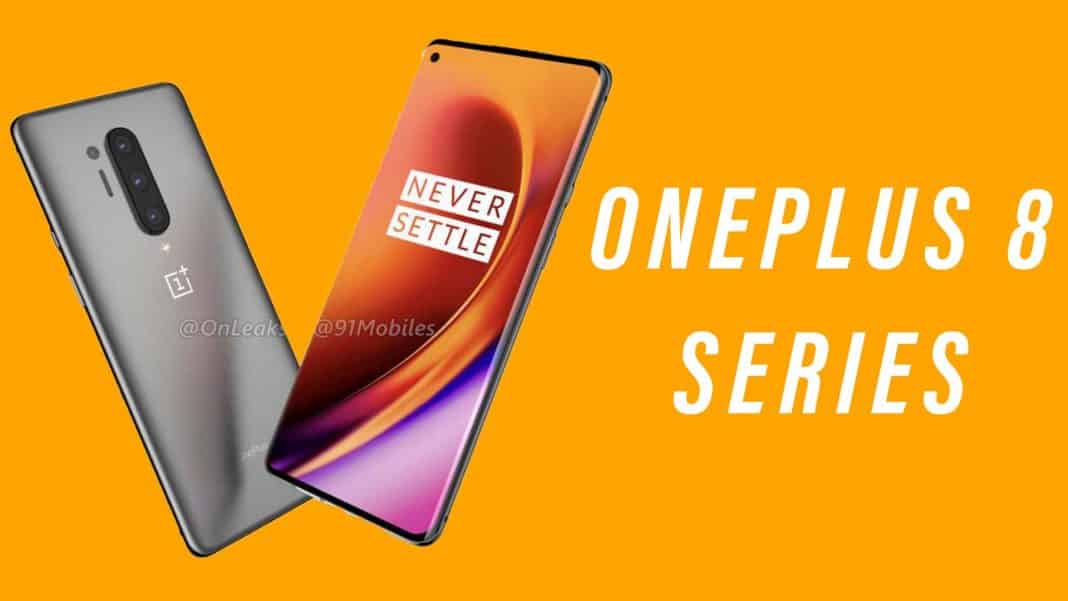 The latest leak suggests Google might be partnering with OnePlus to give free 3 month Google One subscription on purchase of OnePlus 8 Series.

For starters, Google One is a subscription service from Google that offers expanded cloud storage and is intended for the consumer market.

Youtuber @MKBHD shared a video of the OnePlus 8 Pro yesterday where he talked about how good the display is. The back of the phone was covered as it’s confidential. The camera bumps even after covering the phone, are visible which points out towards the leaks being accurate.

With just a day left for the launch, the images of OnePlus8 series Pop Up box, and André Limited Edition cases have surfaced online.

OnePlus conducts Pop Up events for its fans every year but this time, due to the ongoing COVID-19 pandemic, the company is hosting an online pop-up event after the online launch and users will be able to purchase the smartphones. The special pop up box will be delivered to buyers on April 15th, 2020. 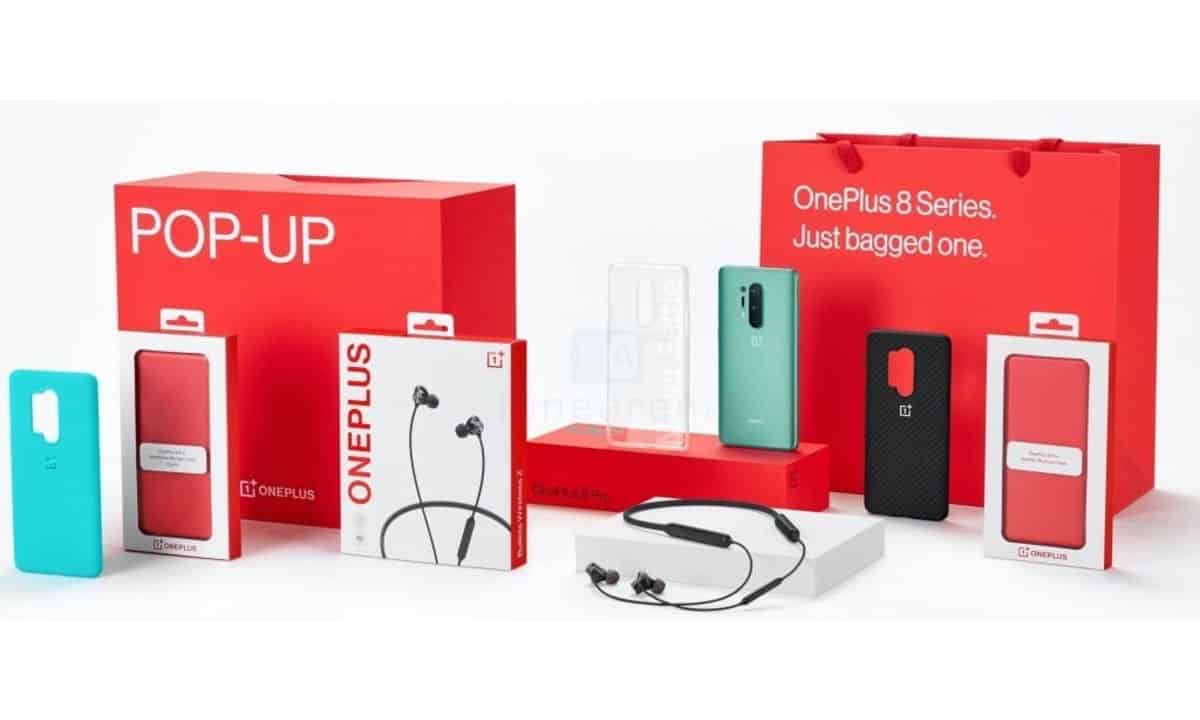 OnePlus has partnered with artist Mr.André and he has designed OnePlus 8 limited edition cases with funky patterns. The launch is scheduled at 8:30 pm IST.

Ultra wide that can get ultra close.

One side here was taken with a OnePlus 8 Pro, the other with another flagship phone (I think you can probably tell which is which). pic.twitter.com/qOR1OiNod0

OnePlus’ 30W wireless Warp charger has leaked, and it can charge the OnePlus 8 to 50% in just 30 Minutes. The charger has a cooling fan inside, which is exciting.

More information about the Bullets Wireless Z has been revealed. The earphones will offer up to 20 hours of battery life. Moreover, a 10-minute charge will give us 10 hours of playback time! 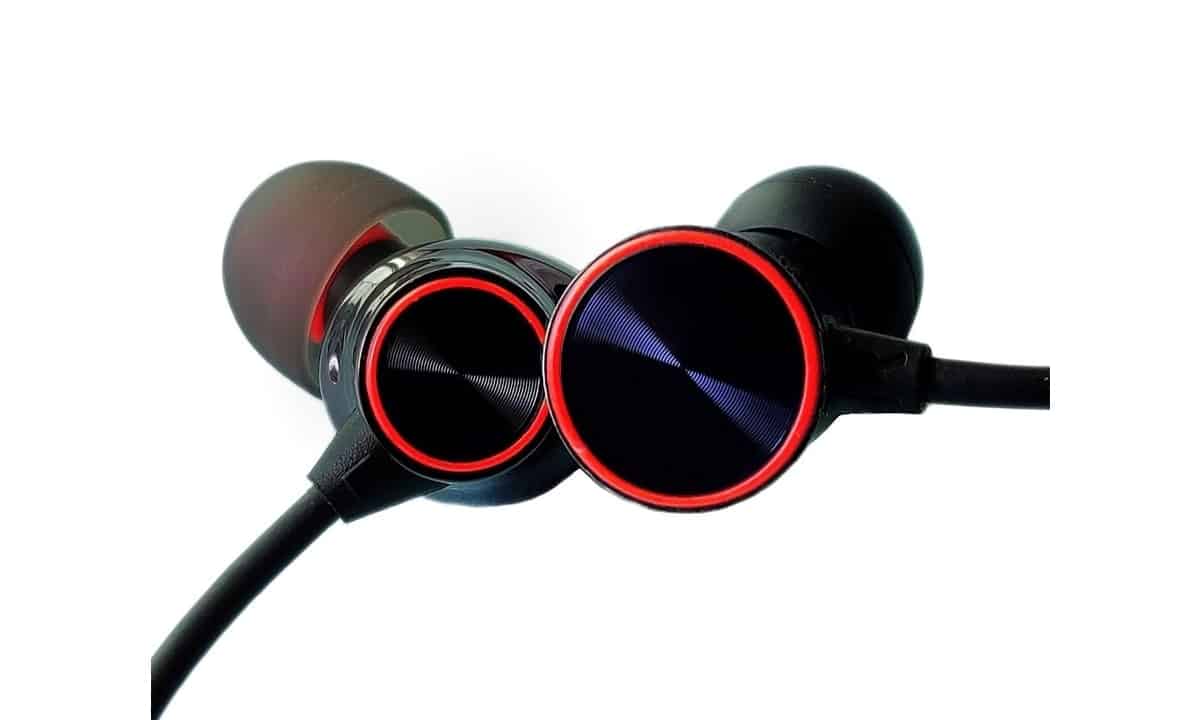 The earphone is also said to be IP55 certified. Hence, dust and water shouldn’t be a problem. The Bluetooth latency is said to be 110ms, which is impressive for a Bluetooth earphone.

It’s quite a tradition to get some benchmarking sites to help hype up a product with their review. DisplayMate has tested the upcoming OnePlus 8 phones and has announced that they have excellent displays.

DisplayMate's in-depth Display Shoot-Out for the OnePlus 8 series Smartphones have earned our Highest A+ Display Rating and DisplayMate Best Smartphone Display Awards, with 10+ Display Performance Records including Color Accuracy that is Visually Indistinguishable From Perfect!!

According to their report, the OnePlus 8 Series broke “10+ display performance records,” and their color accuracy is “visually indistinguishable from perfect.” This settled them DisplayMate’s highest rating, A+, and earned them a DisplayMate Best Smartphone Display Award.

The OnePlus 8 series is one of the most anticipated smartphones in 2020. The leaks of the smartphone started popping up in march and, we already know a lot about the series. Moreover, OnePlus’ Twitter handle is also teasing the smartphone. That said, the phone will launch on April 14th, and here’s what we know so far about OnePlus.

OnePlus phones no longer remain in the “Flagship Killer” category as the prices of their recent models have increased significantly. There are rumors about OnePlus launching a mid-range OnePlus Z smartphone (not yet confirmed) and OnePlus Bullets Wireless Z alongside OnePlus 8 Series.

Pete Lau, CEO, OnePlus, during an interview with Business Insider, said the phones would not cost more than $1000. But, the prices will still be higher than the OnePlus 7T series, which is quite apparent.

The first design leak that came out was of OnePlus’ brand ambassador Robert Downey Jr. holding the phone. The image sparked a lot of fuss in the tech community. 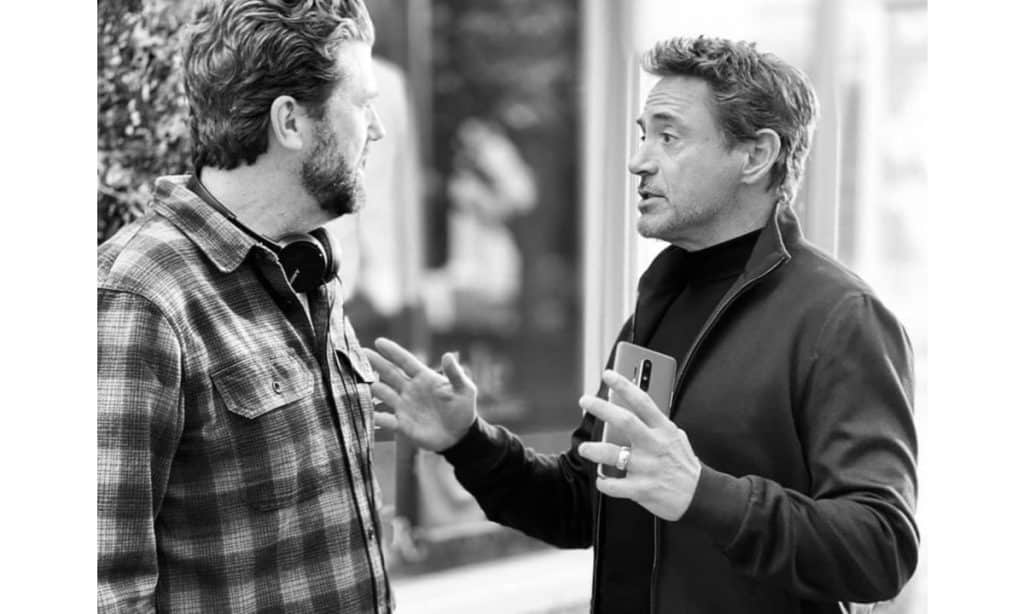 This time OnePlus has ditched the waterdrop notch in favor of a Punch hole, which looks smaller than other display punch holes. The new OnePlus logo, a dual-tone LED flash, two unknown sensors, and four cameras. 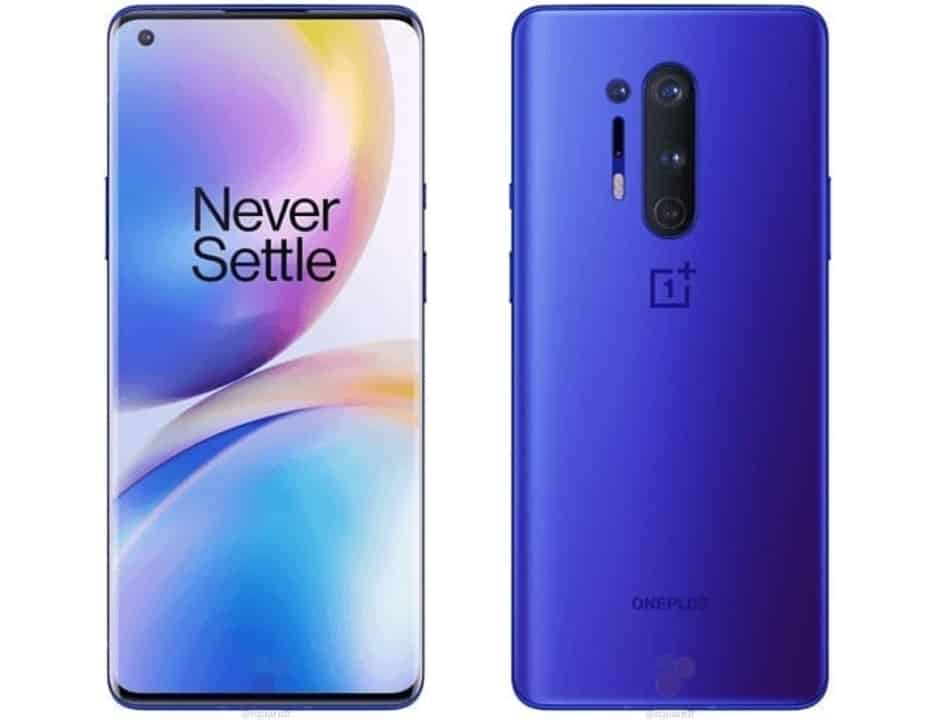 The alert slider and the power button are on the right (from the front), and volume rockers are on the left. The color choices this year include Glacial Green, Ultramarine Blue, and Onyx Black.

Apart from the design, the different cases have also leaked. The most popular Sandstone case will be available in different colors. There will also be a new Nylon case, which, in the image, looks good.

The inclusion of UFS 3.0 storage and LPDDR5 RAM has also been confirmed, recently. The OnePlus 8 series will also be waterproof thanks to the IP certification (Finally!). The OnePlus 8 will ship with a triple-camera setup on the back, packing 48MP, 16MP, and 2MP cameras.

While, the leaks suggest that the OnePlus 8 Pro will come with a quad-camera setup on the back, with dual 48MP cameras joined by 8MP and 5MP shooters. Both the OnePlus 8 and 8 Pro will feature a 16MP selfie shooters.

OnePlus 8 Lite/Z: Does It Exist?

OnePlus has always concentrated on flagship phones. In an interview, Pete said OnePlus would not be aiming at mid-range devices as that would slow down the updates for OnePlus flagships. But in 2020, the company may shift down and offer a cheaper mid-range option, as well. 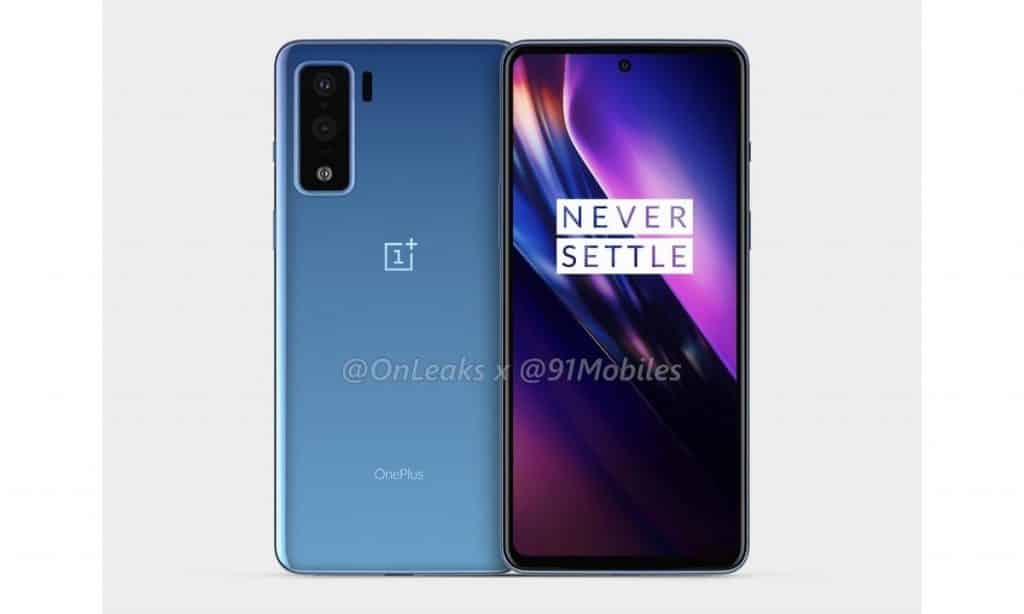 OnePlus 8 Lite (remember OnePlus X?) is expected to be 6.4-6.5-inch tall, with a centered punch-hole selfie camera cutout and a pair of back cameras.

It is likely to sell for about £400 and pack a lower-end MediaTek chipset with a 90Hz Display. We doubt the very existence of this smartphone. However, we won’t mind if this smartphone gets announced.

The newer OnePlus Bullets Wireless Z and 30W Warp charger are also expected to launch alongside the OnePlus 8 series. If you notice the colors of the earphones match with the colors of the smartphones. We are (will be, too) slightly disappointed about no Truly Wireless Earphones this time.

Are you excited about the launch? Let us know your thoughts in the comments section below. 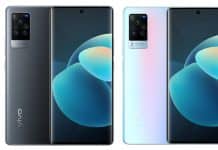 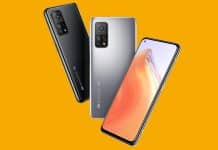 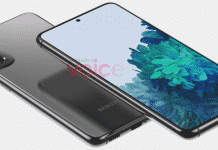 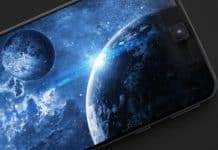 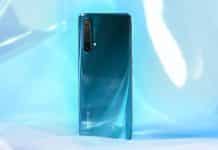