After a bunch of leaks and rumors, Samsung has finally announced its flagship smartphone – Galaxy S20 and Galaxy S20+ at its Galaxy Unpacked event in San Francisco. The new Galaxy smartphone didn’t only improve the internal but also the overall presence of the phone with various top-of-the-line support.

The Galaxy S20 and Galaxy S20+ come with a flagship-class design with Infinity-O displays. Both the device has Ultrasonic fingerprint scanner, stereo speakers tuned by AKG, and last, but not least, both the device is IP68 water and dust resistance. 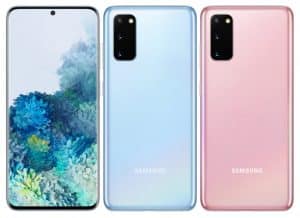 ALSO READ: Is It Ideal To Leave Your Laptop Plugged-In All The Time? [Explained]

Both the device is powered by Snapdragon 865 SoC with Adreno 650 GPU / Exynos 990 SoC with ARM Mali-G77MP11 GPU depending on the market. It also comes in 5G models with Qualcomm Snapdragon X55 / Exynos Modem 5123 modem. These run on Android 10 with OneUI 2.0 and come with Samsung services like Bixby, Samsung Health, and Samsung Pay. 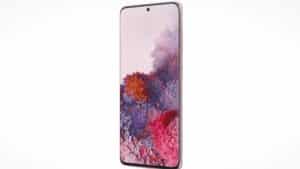 Speaking of battery, the Samsung Galaxy S20 packs in 4000mAh, while the Galaxy S20+ packs in 4,500mAh batteries. Both support for wired 25W fast charging and Fast Wireless Charging as well as new Wireless PowerShare feature to charge Qi-compatible devices on the back of the phones.

The Galaxy S20 has triple rear cameras with a primary 12-megapixel Dual Pixel primary sensor with OIS, 12-megapixel Ultra Wide Lens with a 120-degree field of view, and a 64-megapixel Telephoto lens with OIS. 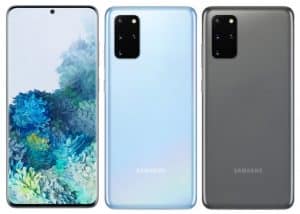 The only difference is that the Galaxy S20+ has an additional depth sensor. These also have a 10-megapixel Dual Pixel front-facing camera. These also support 8K video shooting. The company also said that “Even the bumpiest videos look like they were shot using an action cam, thanks to Super Steady and its anti-rolling stabilization and AI motion analysis.”

ALSO READ: Does POCO X2 Worth All The Attention? Should You Be Buying? 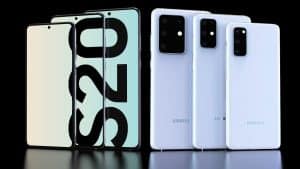