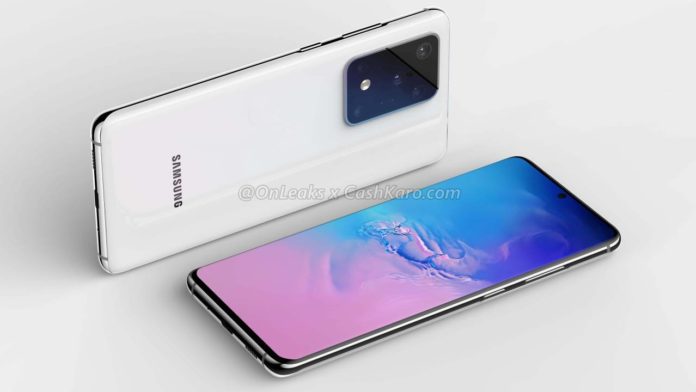 Samsung‘s upcoming flagship smartphones are in news again and we have been seeing a lot of leaks and reports on it. Many renders claimed an unconventional Penta-camera setup on the Samsung Galaxy S11 Plus, but the internet’s most trusted leaksters confirmed the camera module.

Just a month ago, OnLeaks (leakster) revealed the render of Galaxy S11 Plus, showcasing the Penta-camera setup arranged in an almost random layout, which had struck the nerves of some users. Later, @IceUniverse (leakster) disputed the design and said the Galaxy S11+ would follow the exact same straight layout as the Galaxy S11.

This is the real Galaxy S11+ camera. On the left is the ultra-wide-angle, main camera, and periscope zoom lens. I don’t know the exact distribution on the right. It is expected to include flash and ToF. pic.twitter.com/98exPMSqgf

The overall render dispute has created a mess among the users. Well, now, @OnLeaks has updated the render, confirming the usual design and explained his error. This means Galaxy S11 Plus will come with the same old camera layout. Summing everything, we now know the camera layout of the upcoming Galaxy S11 Plus.

I think you ain’t ready for that massive camera design…?

But well… Finally comes your very first look at which I assume will be launched as the #GalaxyS11Plus!
360° video + beautiful 5K renders + dimensions, on behalf of my Friends @Cashkarocom -> https://t.co/9PHLXwGlwg pic.twitter.com/hfHDXXdQuR

On the left are the ultra-wide-angle, main camera, and periscope zoom lens. At the right is flash and ToF, however, the leakster claimed that he doesn’t know the exact distribution on the right. Well, Samsung is yet to send out invitations of this launch but rumors suggest that the event will take place on February 11, 2020.