TechDipper
Home News ASUS ROG Phone 2: Everything You Need To Know Before Buying! ASUS announced it’s next iteration of ROG Phone- ASUS ROG Phone 2. The main highlights are it’s AMOLED HDR 120Hz, powerpack internals along with 3D vapor chamber, and other features that enhance your experience. Well, here are some of the things you need to know before you go for this one.

The ASUS ROG Phone 2 comes with a rugged look and a flashy design. The phone has a classic ROG styled “3D vapor chamber” vents on the back for dissipating the heat. It features Aura RGB lighting (much like the predecessor), which can be customized.

Coming to the display, the ASUS ROG Phone 2 features a 6.59-inch Full HD+ display with a screen resolution of 2340 x 1080 pixels along with Corning Gorilla Glass 6 protection and 100,000:1 contrast ratio. It features a 120Hz refresh rate and 240Hz response time along with 108 percent DCI-P3 color gamut. Apart from that, it sports a huge 6,000mAh battery compared to 4,000mAh in the predecessor. The 30W HyperCharge fast charging that can charge up to 4,000mAh in just 58 minutes and two hours to fully charge the phone.

The ROG Phone 2 comes with a dedicated ultrasonic AirTriggers with faster haptic response rate, vibration latency of 20ms, reduced by 68% from 63ms, and you no longer have to raise your fingers before tapping. The ASUS ROG Phone II comes in Black color and the price will be revealed today when it is introduced in China in partnership with Tencent Games. A global rollout is expected sometime in September. We will update the pricing as and when we get to know. 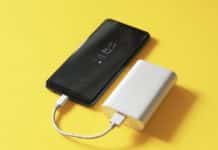