TechDipper
Home News OnePlus 7 And OnePlus 7 Pro: Everything We Know So Far! 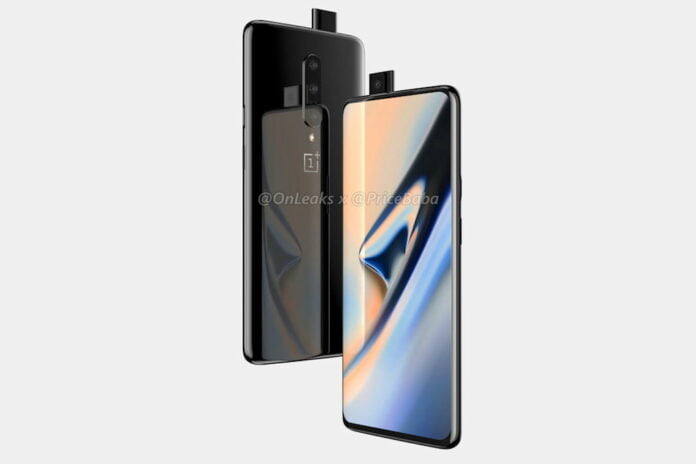 OnePlus is gearing up to launch its flagship smartphone OnePlus 7, soon. As any other company would do, it has also started teasing it (smartphone) on social media. Although the company hasn’t revealed any about the smartphone, however, leaks, and rumors girdling around have already surfaced. So, let’s take a deep look at what the company is coming up with.

A Moment Of Silence

OnePlus, a company more focused on accepting users seemed to have stopped listening to them. Yes, to technical advancements it still to some extent depends on the users, but what about those who are what company calls “OnePlus fans”?. The OnePlus 6T isn’t old yet, although, OnePlus 7 has given 6T a good validation period, unlike what 6T did to OnePlus 6. That said, let jump back to topic.

The latest case renders showcased the look of the device. A stunning display that covers the entire front of the phone which means slim bezels. There are holes along the bottom of the case for SIM, card tray, USB-C port and speaker (no headphone jack). The back of the phone shows a vertically stacked triple-lens camera setup. A large hole in the top of the case apparently for a rising selfie camera. Well, much like OnePlus 7, the 7 Pro will mirror the design, for the most part, will add rounded edges with almost no bezels around the display. A snapshot of the device’ design confirms that the phone will sport a massive 6.67-inch AMOLED display.

As these are the flagship smartphones, OnePlus has added the latest and greatest hardware into the devices. According to a leaked image, the OnePlus 7 and 7 Pro would come with Snapdragon 855 SoC, paired with 8GB RAM and coupled by 256GB storage. According to an online retailer, the phone will have a 4000mAh battery with fast charging support and a choice of 128GB or 256GB of storage space.

Great quality strong cameras are mandatory for OnePlus smartphones. It seems the OnePlus is looking to up its game through the triple-lens camera to both the OnePlus 7 and OnePlus 7 Pro. The leaked image reportedly from a OnePlus 7 Pro’s About phone page shows what we can expect from that variant’s camera suite. ALSO READ: What Is A ToF Camera? What Does It Do? Which Phones Have It? [Explained]

However, if Giztop’s store page is to be believed the OnePlus 7 is said to be featuring a 48-megapixel primary lens, joined by a 20-megapixel secondary lens, and a 5-megapixel tertiary lens. The pop-up selfie camera is also listed as 16 megapixels. Nothing can be trusted true, so take the listing with a pinch of salt.

The OnePlus 7 and OnePlus 7 Pro will be unveiled on May 14 in 4 places;

As far as pricing goes, the OnePlus 6T came in at around US$550, so it’s likely the OnePlus 7 range will start at around that price as well, however, there will a price bump. Giztop lists the OnePlus 7 at US$569. As mentioned earlier, nothing is official, so take this piece of information with a pinch of salt. We will update as and when we get to know anything about it.