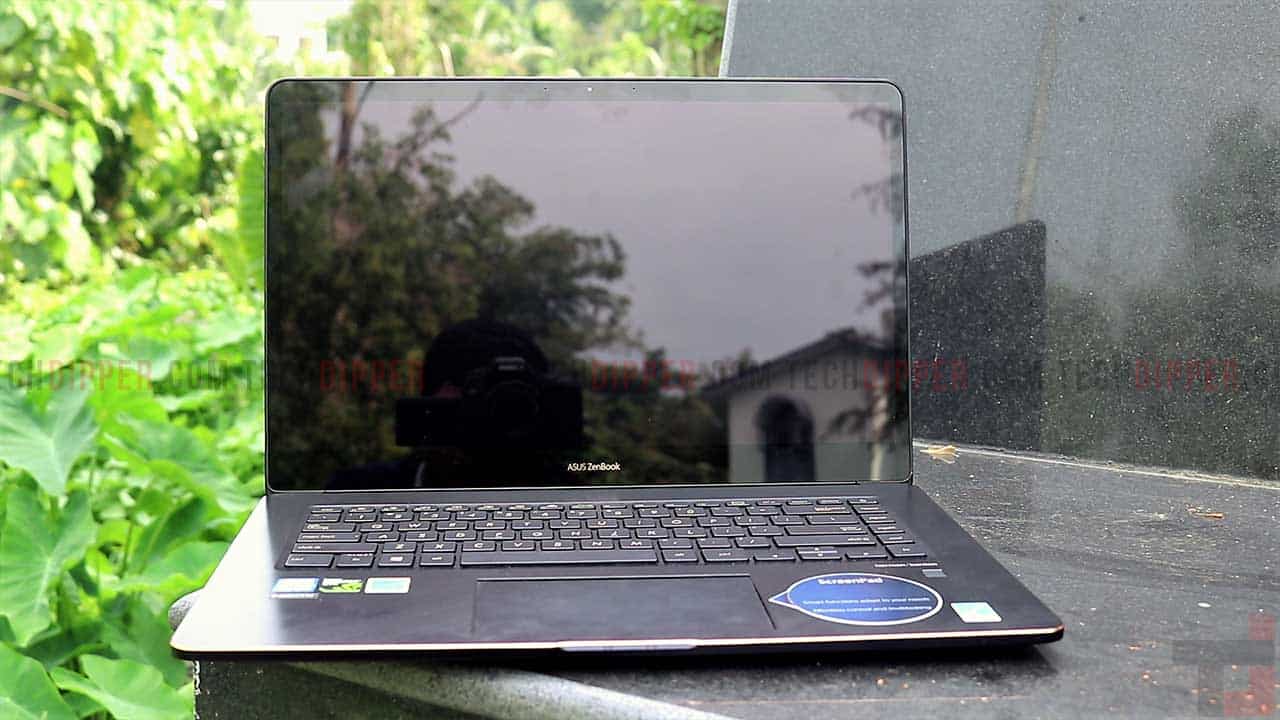 ASUS has been launching new ZenBook every year with a slight amount of hardware improvements and some design changes. But this time around, the Taiwanese went a little ahead and brought in something which is still considered to a gimmick in the PC/laptop world.

The straight truth is that dual-screen laptops took off be a launched laptop or a concept model. However, during last year’s Computex event in Taiwan, ASUS went ahead and showed off a new device with a dual screen display dubbed as ASUS ZenBook Pro 15 UX580G.

The ASUS ZenBook Pro 15 UX580G is a high-end performance laptop which boasts top of line internal hardware and (of course) features a ‘ScreenPad’, which is essentially a touchpad that doubles as a secondary screen. We got the fully loaded model with an Intel i9-8950HK CPU, Nvidia GTX1050 Ti, paired with 16GB RAM and 1TB of SSD-based storage. The ScreenPad was speculated gimmicky at the launch, but we used the laptop and we can assure you it’s not, and in fact, it posses a great potential to be explored. Furthermore, the ScreenPad does a lot like and better than MacBook Pro 13′ TouchPad.

The ZenBook Pro 15 comes with all-metal unibody construction, brushed dark blue surface (lid, base, and the area around keyboard) and chamfered edges give out a solid look with a sturdy feel. The laptop doesn’t feel structurally weak by any means, as in we have not encountered any lid flex, however, the brushed metal feels slippery sometimes. Much like the other ZenBooks, this machine also forms concentric circles on the lid which is topped off by a golden ASUS logo. Directly below the keyboard lies the TouchPad / ScreenPad which holds a lot of inherent expectations. And just below the Fn key lies the Windows Hello-compatible fingerprint scanner and an etched ‘Harman/Kardon’ badge. Overall, ASUS has given attention to its design and build, which is neat and solid.

The ZenBook Pro 15 has all essential ports; on the left side, it’s got the round power port, a full-size HDMI port, and two Thunderbolt 3 (USB Type-C) ports. On the right side, it has got two full-size USB 3.1 Gen 2 ports, a microSD card slot, and a 3.5mm audio jack for headsets.

The ASUS ZenBook comes with two 15.6-inch NanoEdge display options; a Full HD unit with an optional touchscreen and a 4K touchscreen unit. The Pantone Validated display offers a good level of color fidelity and also offers higher than the usual screen-to-bezel ratio. We got to review the top-end model, so 4K touchscreen was in our sleeves. In our testing, the touch response from the display was excellent with no lag. The UX580 accumulated a score of 99.8% of the sRGB gamut and 98.7% coverage of the Adobe RGB gamut in X-Rite i1 Display colorimeter, which stands close to the companies promised figures. At max brightness, the display is good, however, working outside in daylight did pose a problem, as it has a reflective finish.

The ScreenPad is the ZenBook 15 Pro’s highlight. The hyped ScreenPad is something we were keen to test apart from the performance. There are two other modes available on the ScreenPad: one is a regular touchpad mode in which the screen is turned off and the other is a mode in which the touchpad is completely disabled. The shortcut button to toggle between these modes is “Function + F6”, which worked really well. The ScreenPad acts as the second monitor when is used an ‘Extension Display’, and act as a TouchPad on all other senses with Windows settings-controlled gestures. Switching to ScreenPad mode, a tiny tab displayed on the top of the ScreenPad, which when pulled down reveals the ScreenPad Toolbar, a menu for apps specifically designed for the ScreenPad which is managed by ASUS’ GIFTBOX app.

Some apps need to be downloaded and installed, while some apps come pre-installed with the ScreenPad, which also include the ScreenPad Launcher, a launcher for Windows applications, player tool control for YouTube on Chrome, a calculator, a calendar and a virtual numpad. Not everything is blossom blue in a budding innovation, there was something which we didn’t like about the ScreenPad; We were skeptical about the ScreenPad, but now after using it for a while, we are convinced that the second display is neat (implementation of a display with a precision touchpad), enriches productivity and above all has great potential.

The chicklet-keyboard on the ASUS ZenBook Pro 15 feels robust yet pleasant to type on. Although, the key looks flat but has a decent 1.5mm key travel. Not just that, we have encountered a slight flex, but it was barely noticeable.

Well, the board is nicely spaced and has a separate column for Home, Page Up, Page Down and End functions. Overall, the keyboard gave out a nice and bouncy and unprecedented typing experience. The ZenBook Pro 15 has two down-firing speakers which are unexpectedly good, considering the size and the position of the drivers. According to the company, the audio system on the laptop was designed by an in-house team called ‘Golden Ears’ and was then certified by Harman/Kardon. On the other hand, the fingerprint sensor which you can use to log into the machine (under Windows Hello). The sensor worked really well without any glitches. As this is a premium laptop, we were expecting a fair if not good image/video output. Well, the webcam let me down with the same old ASUS like camera, which leaves a lot to be desired. The images and video are quite grainy, even in a well-lit room, and the laptop features no IR sensors to allow you to log in to Windows using face recognition. Coming to gaming, the ZenBook 15 Pro gave out a mixed experience. In Battlefield 1, the ZenBook Pro 15 managed 55 FPS in 1080p and medium graphics, and 39 FPS in ultra graphics, falling over Dell XPS 15 2-in-1. While, Metro: Last Light ran noticeably okay on ‘very high’ graphics with VSync, however, we encountered a slight frame drops here and there. The ZenBook Pro 15 could easily duplicate 3.38GB multimedia from one folder to the other at 10 seconds, which is impressive. During the video transcoding test, the ZenBook 15 Pro transcoded 4K video to 1080 in 14 minutes and 38 seconds, not surprising as this laptop is tailor-made for creative work.

The ASUS ZenBook 15 Pro seems to have taken a serious hit on the battery, thanks to a 4K display, secondary display, and discrete GPU. In our testing it lasted only for 4 hours 7 minutes, which is after the brightness is kept at 80 percent, working on docs files, some YouTube video streaming (on ScreenPad), the Wi-Fi was turned on, and Bluetooth was turned off. When we disabled the ScreenPad completely, the ZenBook Pro 15′ lithium polymer 8-cell battery lasted 5 hours and 2 minutes with the same surroundings and conditions. Coming to thermals, with its all-metal chassis, the ZenBook Pro 15 can get a little hot under the collar. ASUS managed to cram in two cooling fans and three heat pipes to deal with all the heat that the powerful CPU and GPU generate, not to mention a metal exterior.

The ASUS ZenBook Pro 15 UX580G is a gorgeous laptop with premium-end design, vivid 4K display, powerful internals, and ScreenPad. The UX580G is definitely a step-up from its predecessor. The idea of the two-display laptop and making it viable without swapping out traditional touchpad is a bliss. The ASUS Zenbook S UX391U is priced at Rs 2,09,990 on Flipkart. So, accumulating all the aspects of UX580G, if you’re into AV editing and gaming or in other words, take your multitasking to the next level, then the ASUS ZenBook Pro 15 is what you should look for and very certainly it is worth the price you’re paying. 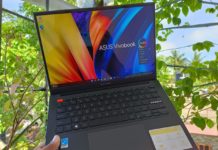 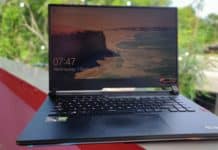 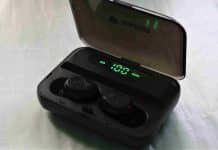 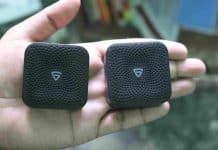