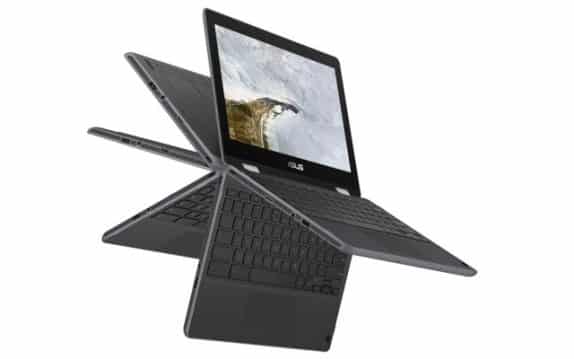 ASUS Chromebook C204 And C403 And Others Well, the ASUS Chromebook Flip C214 has the same rugged exterior, spill-proof keyboard, comes with a touchscreen display, stylus support, and a 360-degree hinge. It comes with N4000 and optional N4100 Celeron processor, 4GB of RAM, and 32GB of storage. It sports an 11.6-inch display with an anti-glare coating.