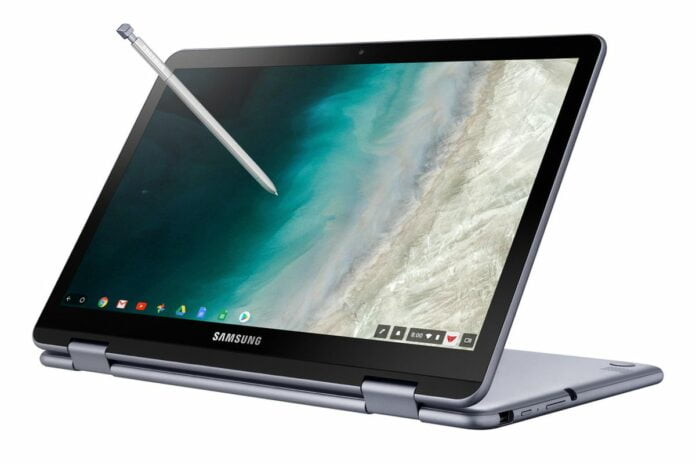 Samsung has announced its latest 2-in-1 – Samsung Chromebook V2 Plus LTE, which was introduced back in June. The V2 LTE comes with support for built-in 4G SIM slot for LTE support, apparently making it one of the first Chromebooks with 4G support.

ALSO READ: Razer Blade 15 Gets A Refresh With A New Dual-Storage Model And Colorway!

The Chromebook V2 packs in a 12.2-inch (1920×1080 pixels) touchscreen that transforms it from notebook to tablet to sketchbook, powered by Intel Celeron processor, paired with 4GB RAM and 32GB storage expandable via microSD (up to 400GB).

Furthermore, it has Aluminum alloy/Glass/Plastic body, comes with a built-in pen for the precision of the stylus, 1-megapixel front camera and a 13-megapixel rear camera, 2 x USB-C with 4K display out, 1 x USB3.0, Stereo Speakers and a 39Wh battery.