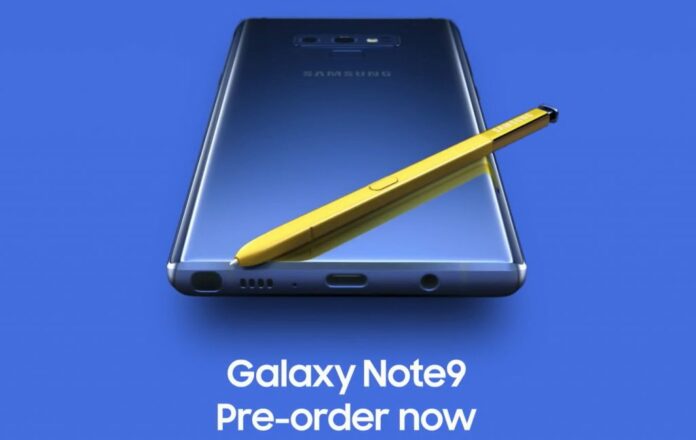 Samsung Galaxy Note 9 is the next upcoming smartphone in the Note series. Well, on the verge of launching, Samsung has accidentally pished out the official intro video for the Galaxy Note 9, which although pulled back immediately but gave us a glimpse of what is coming.

Well, the leaked promo video confirms that the Note 9 comes with 512GB storage variant, which can be expanded further via microSD up to 512GB. Unlike the few companies, Samsung still has the 3.5mm audio jack on the bottom. Talking about the S Pen, the video showed off the new S Pen stylus with a clicker on the bottom. On the back, there are dual rear cameras arranged pretty much like Note8 and the fingerprint sensor is now present below the camera module along with Samsung branding. Not to forget, the company will retain the Iris scanner on the front.

The Galaxy Note 9 is expected to be powered by the Exynos 9810 or Snapdragon 845 SoC depending on the market and will be backed by a 4000mAh battery with wireless fast charging technology support. Samsung will also debut Bixby 2.0 which will offer improved response times. The phone is said to come in Black, Blue, Gray, Lavender and new Brown colors, and expected to be priced similar to the Galaxy Note8, within the sub $1000 price range. we should know more about the smartphone at the launch on August 9.