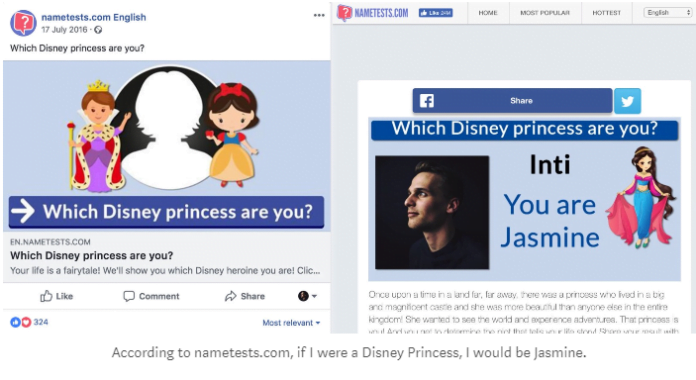 If you are a Facebook user, you might have come across online quiz applications, that predict your future, the celebrity you resemble or who is your most reliable friend. Well, a few of these online services were collecting your Facebook information like names, photos birthdays, and friend lists. So here’s everything you need to know about the above-mentioned issue.

A developer of a popular Facebook quiz under the brand NameTests has been found to have exposed the personal information of as many as 120 million Facebook users, as stated in a report from TechCrunch. A company named Social Sweethearts is an application developer from Germany. This company was controlling its brand NameTests and even developed few social quizzes like “Which Disney Princess Are You?” and distributed them on Facebook.

Furthermore, this quiz application was used by more than 120 million Facebook users. A Self-described hacker Inti De Ceukelaire wrote a Medium post, explaining how these quizzes were collecting Facebook information like names, birthdays, photos, and friend lists and displaying them in a JavaScript file.

The collected information can be easily obtained by malicious third parties. The Hacker Ceukelaire also reported the problem a number of times to Facebook but he was told the company would look into it.

Ime Archibong, a vice president of product partnerships at Facebook, in a statement given to TechCrunch, said “A researcher brought the issue with the nametests.com website to our attention through our Data Abuse Bounty Program that we launched in April to encourage reports involving Facebook data. We worked with nametests.com to resolve the vulnerability on their website, which was completed in June”. 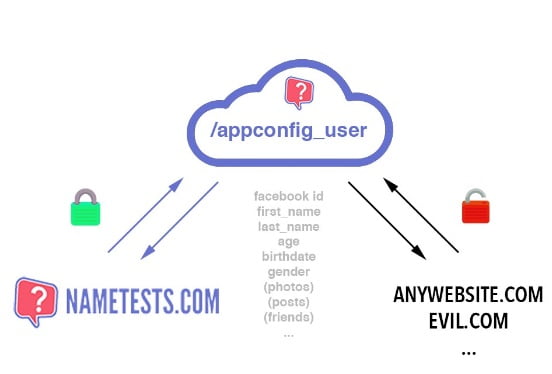 We remember that Facebook has already deleted about 200 apps in its data misuse investigation, but privacy flaws continue to find a way to surface. Surprisingly apps like nametests.com escaped Facebook’s privacy program. These flaws highlight Facebook’s problems with third-party apps.

ALSO READ: Privacy Concerned? Here Is How To Opt Out Of Facebook’s Data Sharing!

As a conclusion, security and privacy still persist and they are developing new methods to put users data to breach. The attached video illustrates how a third party website can easily access data even after the quiz has been successfully deleted.

Do share your thoughts and opinions on these problems in the comments section below.