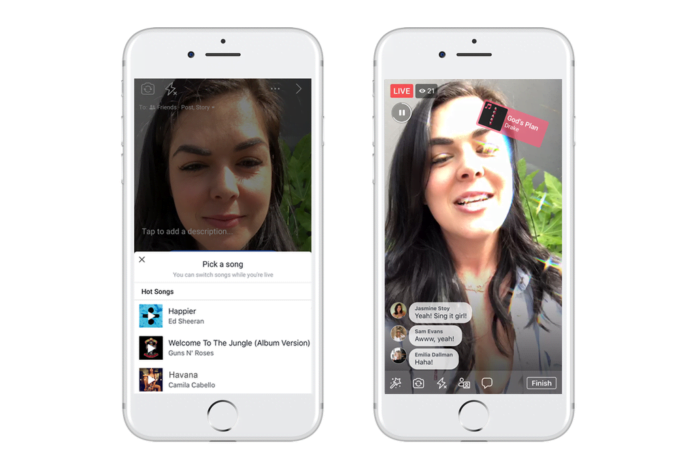 Facebook has announced to big changes; now the company won’t take down copyrighted background music from user-uploaded videos. With that, Facebook has brought up a reminiscent of the teen sensation app Musical.ly with its Lip Sync Live.

So, the new Lip Sync Live lets users pick a popular song to pretend to sing on a Facebook Live broadcast. On March 9, Facebook had clinched music licensing deals with all three (Warner Music Group, Universal Music Group, and Sony / ATV Music Publishing) major labels, and it seems that users will now begin to take advantage of that.

Lip Sync Live has hundreds of songs will be available to start your lip syncing journey. So, when users upload videos with music with the new rules in effect, they’ll be quickly notified if that song is allowed. There is also a “With” option, so friends can be brought into the video and can increase more engagement.

Well, if Lip Sync Live is available for you, it will appear as an option when starting a Live video. You can then select a song from the list and add a description. When you start broadcasting, friends will see what artist and song you’re lip-syncing to, and they can tap to follow the artist on Facebook, simple as that.