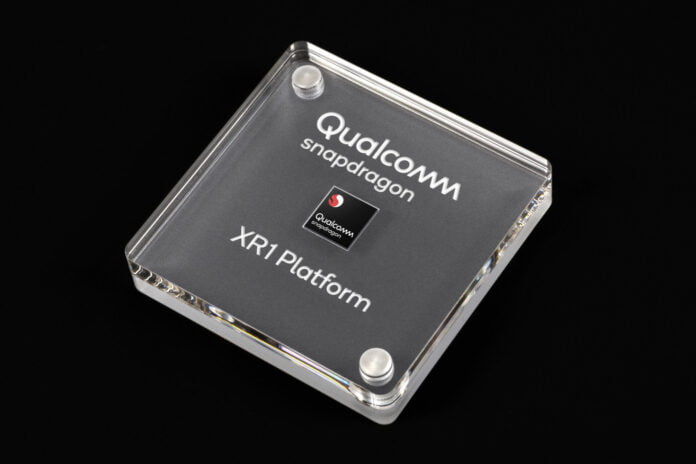 Qualcomm processors have powered devices from smartphones and laptops to VR headsets, but the company has none of those chips fully dedicated to augmented and reality, not anymore. Qualcomm has introduced its latest chipset – Qualcomm XR1 dedicated to AR/VR headsets.

This is company first “dedicated Extended Reality (XR) platform,” and its a chipset designed specifically for AR and VR headsets. Qualcomm describes XR1  as being made for “lean back and 360 viewing” of videos, rather than “room scale tracking,” and equipped with “simple controllers,” rather than hand-tracking abilities. The XR1 will support 4K video at up to 60 frames per second, 3D overlays, dual displays, and popular graphics APIs OpenGL, OpenCL, Vulkan and controllers that detect movement with six degrees of freedom. With the chipset’s Spectra image signal processor, it can also reduce noise for clearer image quality.

Qualcomm says its current flagship phone processor, the Snapdragon 845, is still a better choice for AR and VR. The XR1 is built for simpler devices, meant more for videos and passive experiences than gaming.

Qualcomm also announced that companies like Meta, Vive, Vuzix, and Pico are already working on devices using the XR1 chip. This dedicated chipset is expected to make augmented and virtual reality headsets (somewhat) cheaper. It is expected to start appearing at the end of this year or in early 2019.