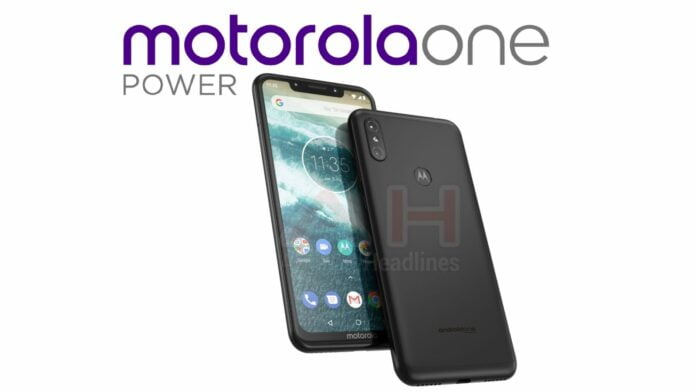 Many OEM’s (Xiaomi, Nokia, and ASUS) have come forward to launch Android One devices. Well, Motorola seems to join the team, by launching its first device in the new Moto series – Motorola One Power. This series could replace the Moto X series that got canceled recently.

ALSO READ: How To Download And Play Asphalt 9 On Any Android Smartphone!

Motorola One Power: An Android One Smartphone

The Moto X5 is reported to have a 5.9-inch FHD+ display with 19:9 aspect ratio and slim bezels. It looks a lot like iPhone X with a top notch and a bottom chin. Unlike the most Motorola smartphones, the Motorola One Power has a vertical arrangement on the left side. Coming to the camera, it features dual-rear cameras and LED flash sandwiched in the middle. According to some, the fingerprint sensor is suspect to be present in the Moto dimple. Moreover, as the naming has ‘Power’ series, there might be some more variants coming along with it.

As of now, we don’t know much about its hardware details. So, we have to wait for some more time until anything goes official. Until then, take all this piece of information with a grain of salt.