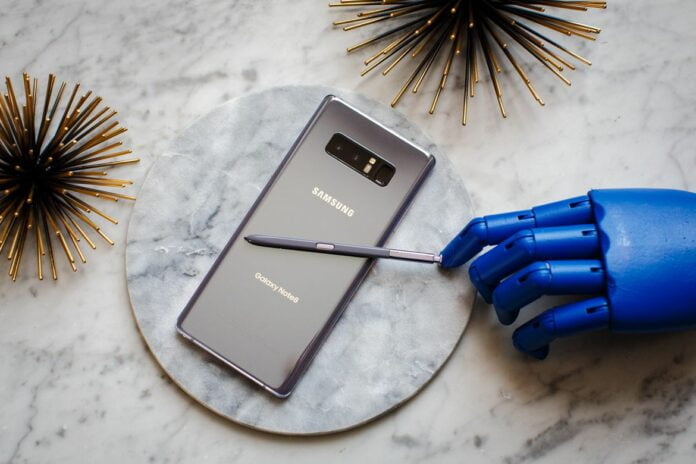 Samsung just announced its latest flagship smartphone; Galaxy Note8 in India. Much like the older Galaxies, it has Iris scanner, fingerprint sensor as well as heart rate monitor. It is water resistant (obviously) up to 1.5 meters of water for 30 minutes with IP68 ratings.

The Note8 comes with a 6.3-inch Quad HD+ Infinity Display with end-to-end bezel-less screen (pretty similar to Galaxy S8 series), powered by Exynos 9 Series 8895 processor, paired with 6GB RAM, runs on Android Nougat and is backed by a 3300mAh battery.

Note8 features a 12-megapixel primary camera with f/1.7 aperture and wide-angle lens and a 12-megapixel secondary camera with f/2.4 aperture and telephoto lens offering 2x optical zoom and notably both the cameras have OIS (Optical Image Stabilization) in it. It also has Bixby assistant, which was first introduced with the S8 series and also has a dedicated Bixby hardware button.

There is no Note without S Pen. The Note8 comes with an improved S Pen stylus with finer tip, improved pressure sensitivity. The S Pen now allows you to share animated texts or drawing across all platform that supports animated GIFs.

There are several other features; which includes S Pen Translate feature lets you hover over text to quickly translate entire sentences in up to 71 languages and can also convert units and foreign currencies with a single tap.

The Samsung Galaxy Note8 comes in Midnight Black and Maple Gold and is priced at Rs 67,900. and will be available for pre-order starting today and goes on sale from September 21st from Amazon.in, Samsung Shop online as well as Samsung Stores offline.