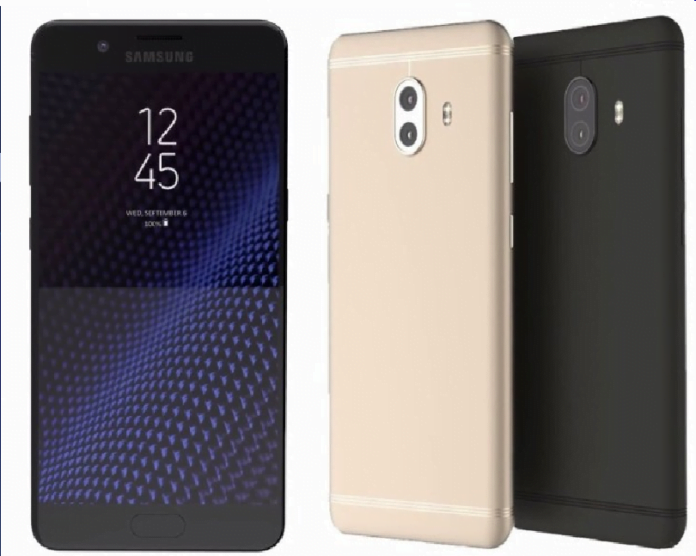 Samsung Galaxy C10 press renders surfaced online. The mid-range smartphone from Samsung is yet to be announced but there have been numbers of leaks in the past, the recent one seems more of like the final design and yes, it does sport a dual rear camera setup.

Samsung Galaxy C10 press renders clearly shows off the smartphone sporting a dual-rear camera setup with dual-LED flash placed around the camera ring. The smartphone can be seen sporting three antenna bands each on top and bottom of the rear panel. According to GSMArena, Samsung Galaxy C10 will also feature a dedicated Bixby button similar to what we have seen in Samsung Galaxy S8 and Galaxy S8 Plus. In addition to that, the smartphone has a physical home button, which might also double up as a fingerprint sensor.

The Galaxy C10 will come with 6-inch Full HD display, which will be powered by Qualcomm Snapdragon 660 processor, paired with 6GB RAM, 16-megapixel rear sensor with the capability of shooting 4K video at 30fps and all this is backed by a 4,000mAh battery. The company is expected to release Samsung Galaxy C10 in India, shortly after its launch.