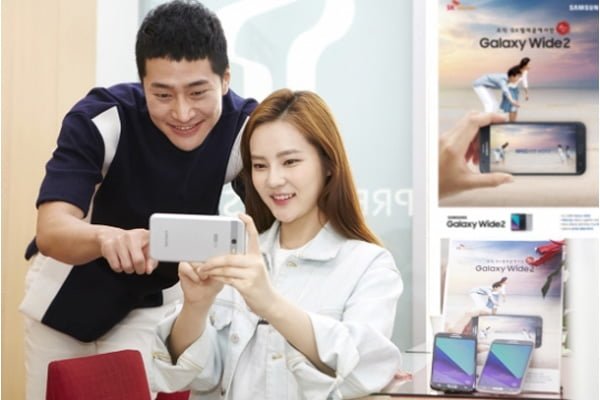 The newly announced smartphone sports a 5.5-inch HD display (similar to its successor), powered by an octa-core 1.6GHz processor, paired with 2GB RAM, 16GB expandable storage, 13-meagpxiel rear camera and a 5-megapixel selfie camera, runs on Android Nougat and is backed by a 3,300mAh battery. Though there is not much we know about the pricing, the Galaxy Wide 2 is reportedly spotted selling across several online retail stores at 297,000 Korean Won (which roughly equals Rs 17,158 or US$265).