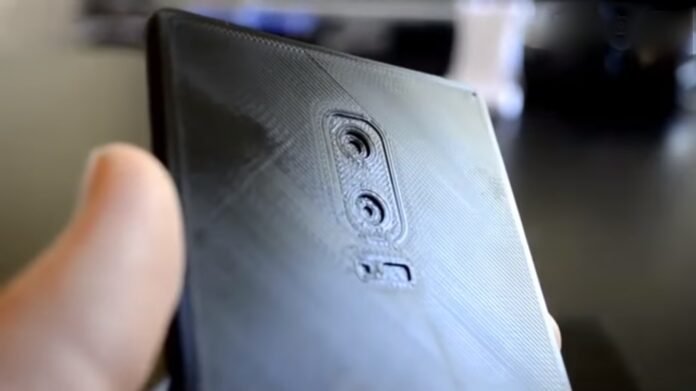 Samsung Galaxy Note 8 dummy was spotted on Chinese microblogging site Weibo. The Galaxy Note 8 will be released later this year, but the leaks have already started flowing. A video with the dummy Galaxy Note 8 revealed a lot of about the upcoming flagship from Samsung.

As per the video, the Galaxy Note 8 is much smaller than the Samsung Galaxy S7 Edge. The back profile of the smartphone reveals the much rumored dual-camera setup with a dual LED flash underneath it. The major change is the lack of a fingerprint scanner on the back or front of the device. This apparently means that Samsung has been able to fix the problem that prevented the company from embedding the biometric reader under the front display.

The Galaxy Note 8 is expected to sport 6.3-inch Super AMOLED display, powered by Snapdragon 835 chipset in the US and Exynos 8895 SoC in other countries. It will, of course, come with an S Pen and it will be backed by a 3700mAh battery with fast charging support. Well, the Galaxy Note 8 is not the first handset to feature a dual-camera setup, that pleasure goes to Samsung Galaxy C10 (it is reported to be released before Galaxy Note 8). The Galaxy Note 8 could be unveiled anywhere between September 1-6 during the 2017 IFA show in Berlin.