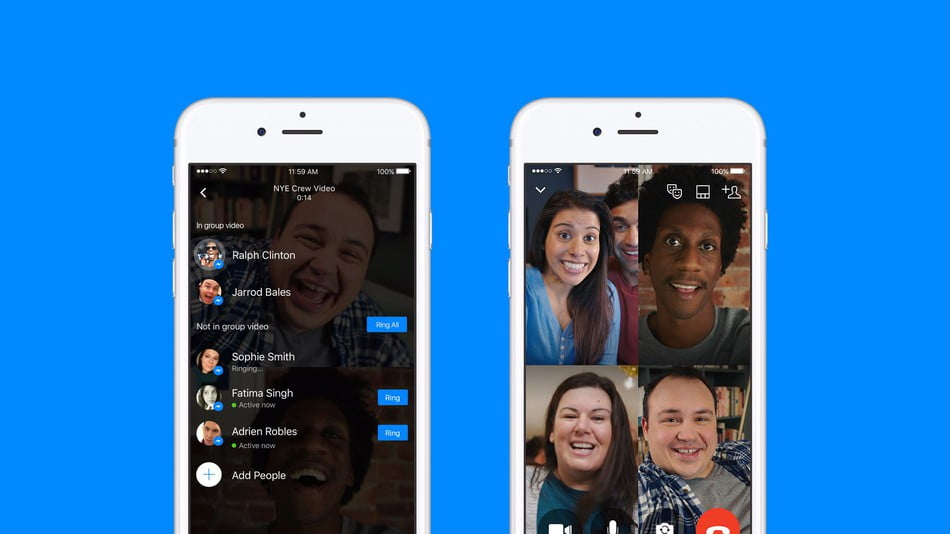 Facebook Messenger now allows a group of six friends to make a video call directly from their app. Though up to 50 other participants to join in without video once the limit is reached. This feature was in beta testing and now, available for anyone with the latest version of the app. Adding some flavor Facebook Messenger also adds Snapchat like animated masks Facebook has been experimenting with the iOS version of Messenger, but never to worry Android support will feature is “coming soon” says the company.

To use group chat, you need the latest version of Messenger, then go into an existing group conversation and tap the video call icon in the upper-right part of the screen. That’s it! you have entered the video chat and every member of that group will be notified and everyone can join with just one tap.

And you can also select the members (max 6 members) in the group to have a video call with. Never forget, you still have the one-to-one call, if you want to talk to some specific friend of you.

245 million people have been making (one-to-one) video calls each month, and we assume the usage numbers will skyrocket thanks to the new functionality.

Well, expect a lot more changes and new features on Facebook in the coming days.