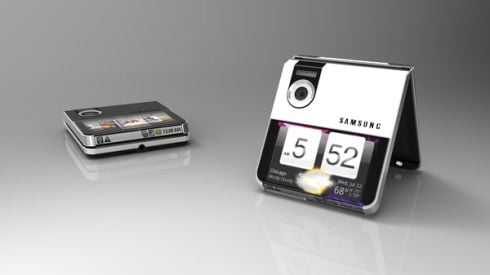 Samsung is always been rumored to bring out foldable smartphones or devices but nothing happened till date, though we have seen curved screens, but what’s next? There are a lot of mumblings of Samsung changing and redesigning their hardware for the next galaxy smartphone.

A report from April said that first Samsung foldable phone, codenamed Project Valley, will show up in 2017 instead of 2016 (which apparently everyone was thinking off). 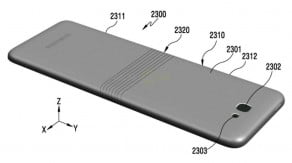 Samsung has patented this foldable technology a long time ago, which has never shown up in the media. Well, Thanks to a patent application which uncovered three renders and one sketch in public. So, What you know now? they all depict a foldable smartphone. It’s basically the return of flip phone but with a huge bendable screen. The display aspect ratio looks like 21:9 or so. The Project Valley smartphone might be marketed under the name Galaxy X. The design of the hinge is very much similar to Microsoft’s Surface Book laptop. The front portion of the phone consist of classic Samsung Home button in between a Back (right) and a Menu (left) button. This spits out how long Samsung’s been working on this project.

ALSO READ: Apple Patents New Technology That Will Find Your Lost iPhone (Even if it is Switched OFF)

It will be interesting to see how this device comes out to be in real. So, what do you guys think about the foldable phone? Are you guys excited to use this device in real life? Let us know all your thoughts in the comment section below and don’t forget to react on it.