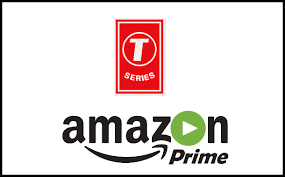 Apparently, Amazon has tied up with Dharma Productions, T-Series and many other providers are rumored to be in talks with Amazon for a TV series, but there is no much information leaked.

It is possible that Amazon would want to set up a sports platform as well, knowing how popular cricket and football are in the country. However, with most of the broadcasting deals already taken, this might be tough for Amazon to crack this deal.

Amazon Prime Video comes with Amazon Prime Service (even comes with Prime trial). If you are going (planning) to subscribe then you have to pay Rs.499/year now as an offer (promotional period) but an year to subscription it will be bumped to Rs.999/year.

Netflix is growing steadily with increasing customer needs. Lot more other rivals are already setted up the level for Prime Video. Hotstar is also one of the main contender, it has a large following with wide range of collections to offer.

Popular TV shows can be streamed online (on-demand) in hotstar for just Rs.199/month whereas Amazon offer a higher price, but remember you also some great deals on its e-commerce website.

You can see alot more transformation in your media consumption in the coming years. Anyways, let us know your thoughts and comments below and don’t forget to react.